The current census is expected to cost the Government Rs 2,009 crore. 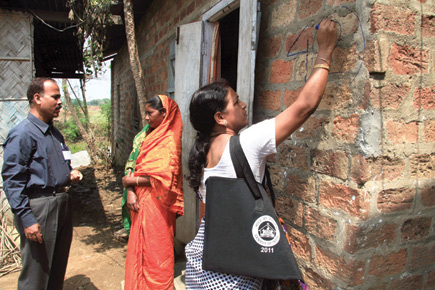 The current census is expected to cost the Government Rs 2,009 crore.


Recording information about a given population is what a ‘census’ does. The term originates from Latin. (The Romans used a census to keep track of all adult males suitable for military service.) The United Nations (UN) recommends that one be conducted every decade.

The world’s oldest recorded census was carried out in China over 4,000 years ago. More recently, in the 15th century, the Inca Empire had a unique way of keeping track of census information. Since they didn’t have a written language, they had it all down as data on strings from llama or alpaca hair or cotton cords, with numeric and other values encoded by knots in a base-10 positional system.

India had her first census in 1871, under British rule. Since then, there has been one every 10 years. The 1948 Census of India Act makes it mandatory for every citizen to answer all questions relating to the census truthfully. It also ensures none of this information is open to inspection or admissible as evidence in a court of law.

The 15th census in modern India was set in motion on 1 April 2010. Its job is to create a National Population Register that will, for the first time, contain photographs and fingerprints of every resident of India. Once this is done, all Indian citizens will be provided with Unique ID numbers and National Identity Cards. The entire exercise is expected to cost the Government Rs 2,209 crore.

Enumerators, as census-takers are called, have their task cut out. They will travel to more than 5,000 cities around the country to create a national database. Then, they will spend a year classifying all the information under gender, religion, occupation and education.

Apart from time and money, there is one other thing this will cost: trees. It is believed that at least 12,000 metric tonnes of paper will be used to print 640 million forms and 5 million instruction manuals in 16 and 18 languages respectively. The chances of the paper being recycled or eco-friendly are remote.