It’s hot. The topic, the weather and this week’s Hurried Man’s Guide. Before it gets unbearable, let me quickly share with you my take on it. Quickly 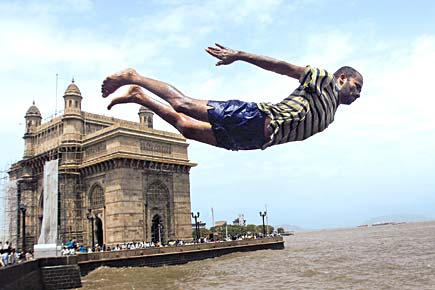 It’s hot. The topic… and could be unbearable


It’s hot. The topic, the weather and this week’s Hurried Man’s Guide. Before it gets unbearable, let me quickly share with you my take on it. Quickly.

I watch George Clooney films. But not Solaris. (That only makes me go hot under the collar.) My top three picks: Ocean’s Eleven, Twelve and Thirteen. Very cool.

Racy summer travel destination. Canada. Montreal. Cheap. Great food. Cobbled streets. Women in heels. Guys in heels. Gay friendly. Great to be in from May to July any year, every year. Dress: Light or non-existent.

Don’t leave home without it? If you’re going to escape the summer on the move, you want to be in touch, but not tied down. Get yourself The Sony Vaio Pocket PC. Don’t take my word for it. Do watch the TV commercial. Mesmerising.

Hirsute summer pursuit. That great film scholar and Khan rival, Aamir Khan, shills in an ad for Titan, “Never look the same for more than six months”. As North Indians say, Net-net, this is a great time to go short hair.

Armchair travel done, it’s time to get back to the company of George Clooney and other cool summer company like Charlize Theron, Jason Bourne, Jason Statham, and The Italian Job. And if you’re lucky, a partner who’s cool with the idea, the gospel truth that a good toke is the most mind-blowing way to beat it.