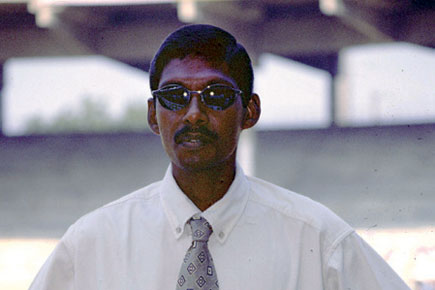 
The recent election of former Indian leg spinner Laxman Sivaramakrishnan as player’s representative on the ICC’s cricket committee smacks yet again of BCCI overreach. According to news reports, the incumbent Tim May—who has spoken frequently about how the BCCI exerts unfair influence on the ICC’s decision-making and how its stand against the Decision Review System (DRS) is harming world cricket—had won the election 9-1 before a re-vote was called. This time, he lost 4-6. The representative is elected by captains of the 10 Test cricket-playing nations.

Angus Porter, chief executive of the Professional Cricketers’ Association in England, was quoted in The Indian Express as saying, “The evidence shows that a number of captains were asked by their respective boards to change their votes.”

Apart from Sivaramakrishnan, the committee has two other Indians—Anil Kumble, who serves as its head, and Ravi Shastri in the capacity of a media representative. Sivaramakrishnan is also an employee of India Cements, whose managing director is BCCI president N Srinivasan.

This is not the first time that the BCCI has used its clout to have its way. Earlier this year, the board objected to the likely appointment of Haroon Lorgat as Cricket South Africa’s CEO, even threatening to pull out the Indian team’s South Africa tour. In his former tenure as CEO of the ICC, Lorgat upset the BCCI by trying to push DRS. Since his ouster, former IPL commissioner Lalit Modi has spoken of how the BCCI used its influence to get ICL outlawed.

In 2008, the BCCI got the ICC to replace umpire Steve Bucknor, who had delivered some controversial decisions during the 2007-08 Sydney Test between Australia and India, with Billy Bowden for the rest of the tour.