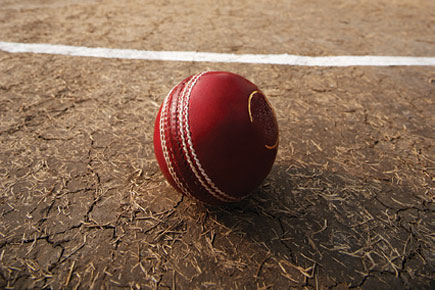 
Recently, during a Champions Trophy cricket match with Sri Lanka, England was accused of ball tampering by a few former players. It was sparked off by James Anderson being able to reverse swing the ball fairly early in the game. The batsman facing the English attack, Kumar Sangakkara, complained about the condition of the ball. Although Alastair Cook protested, the on-field umpire found the ball out of shape and had it replaced.

This is not the first time that England has been accused of ball tampering. In 2010, Anderson and Stuart Broad were found to have rubbed the ball on the ground with their spikes in a Test match against South Africa. Ravi Bopara, who is the designated ball-shiner in the team, has been accused of scratching the ball in a domestic game in New Zealand.

Reverse swing, achieved with a deteriorating ball, where one side is smooth and the other rough, has always been viewed with suspicion. Pakistani bowlers were one of the earliest exponents of this. Sarfraz Nawaz, Imran Khan, Wasim Akram and Waqar Younis all swung the old ball long distances. They alleged that racism was behind the ball-tampering charges they faced.

Players have been found using various means to make old balls swing. In the 1970s, English pacer John Lever was rumoured to use Vaseline to polish the ball. In the 1992 English-Pakistan Test series, many claimed that Akram and Younis used soft drink bottle caps to rough up one side of the ball. English batsman Marcus Trescothick admitted in his autobiography that he used mint-laced saliva to shine the ball during the 2005 Ashes. Rahul Dravid was once fined for rubbing a half-eaten lollypop on a ball. Even Sachin Tendulkar (!) was suspended in 2001 for allegedly picking the seam of a ball.