Dr Asperger also called kids with the disorder little professors since they could talk about subjects they liked with great detail. 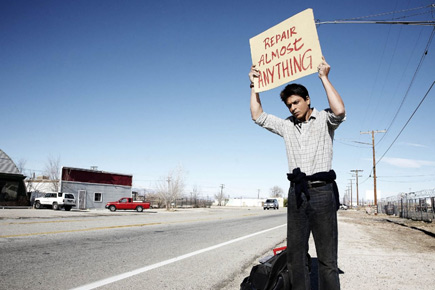 Dr Asperger also called kids with the disorder little professors since they could talk about subjects they liked with great detail.


Asperger’s Syndrome has made it into Indian consciousness for the first time thanks to Shah Rukh Khan. In My Name is Khan, he suffers from the disorder.

The Diagnostic and Statistical Manual of Mental Disorders brought out by the American Psychiatric Association (APA) is an important book for both doctors and patients. When the APA made public the revised manual they were due to release in 2013, people suffering from Asperger’s were not happy. They had been clubbed with autism. One patient had this to say: “Autism tends to be defined as a deficit, and people with Asperger’s see themselves as having an advantage in life.”

Asperger’s differs from autism in that linguistic and cognitive development is better preserved. But people with Asperger’s do suffer significant difficulties in social interaction, demonstrate restricted and repetitive patterns of behaviour and have few interests.

The disorder is named after Austrian paediatrician Hans Asperger who, in 1944, first noticed the symptoms in some children. He recognised that the characteristics of the disorder were often noticed in the parents as well (mostly fathers) and that the condition was probably due to genetic or neurological (rather than psychological or environmental) factors. But he also called the children little professors because they could talk about subjects they liked in great detail.

There is doubt about whether Asperger’s is distinct from a condition called high-functioning autism, partly because of which its prevalence is not firmly established. Even today, brain-imaging techniques have not been able to establish the exact cause of Asperger’s.

There is also no single treatment for Asperger’s. The mainstay of its management is behavioural therapy. Most individuals improve over time, but difficulties with communication, social adjustment and independent living continue. Some have advocated a shift in attitudes toward the view that it is (like homosexuality) a ‘difference,’ rather than a disability.