The ‘modern mystic’, who recently completed his ‘walk of hope’ from Kanyakumari to Srinagar, vows to cover the entire country through this initiative 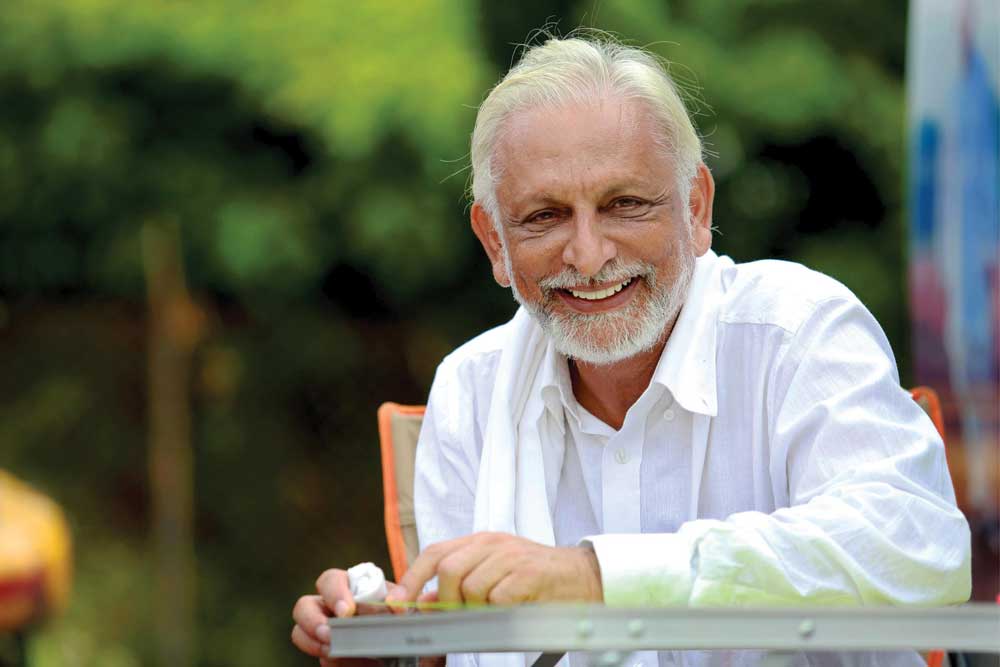 Renowned yogi Sri M, who recently covered 7,500 km from Kanyakumari to Srinagar on foot hoping to spread the message of peace and harmony through yogic breathing and prayers, plans to set up free mobile classrooms for children of construction workers across the country.

“That is my next plan of action. We already have a few vehicles with us and our teachers will position themselves at construction sites. We will launch the pilot project in Bangalore. We are going to raise funds to many more vehicles. We are committed to covering construction sites across the country in a short period,” says Sri M, who was born Mumtaz Ali Khan and left home for the Himalayas aged 19 to became a disciple of Maheshwar Babaji. Sri M has authored a best-selling book about his years in the mountains, titled “Apprenticed to a Himalayan Master”. Maheshwar Babaji is the disciple of Mahavatar Babaji, who, according to popular belief, revived the ancient Kriya yoga.

During his one-and-a-half- year-long “Walk of Hope”, launched in early 2015 from the southernmost tip of India, Sri M, born in 1948 in Thiruvananthapuram to fourth-generation migrants from the North West Frontier Province, had held multi-faith prayer meetings, planted trees, cleaned public places and taught people meditation techniques.

The 67-year-old mystic who is based out of Madanapalle, Andhra Pradesh, is the head of the Satsang Foundation, which already runs a school. “We hope to use existing resources and hire many more new teachers to educate children who often don’t end up going to school,” says Sri M, referring to children of migrant construction workers. Sri M, also known as Sri Madukarnath, looks back at his long walk through various states of India with great excitement – among others, many MNC execs, techies and other successful pros from various walks of life had joined him in the walk. Some of them in his core team of 70 people had quit their high-paying jobs to accompany him. Besides, if one goes by the distance he covered, the ‘walk of hope” was equivalent to that of 20 Dandi marches. “But that alone is hardly enough. We need to work with people more consistently,” he said, sipping coffee at the India International Centre in Delhi.

The children of migrant construction workers have attracted the attention of academics, policymakers and NGOs, especially following the real-estate boom of recent decades and thanks to the greater emphasis by the Indian government on infrastructure development. While these developments have certainly contributed to rapid urbanization, the lifestyles of families of construction workers have seen only an incremental improvement. Most often, the children of these labourers either skip school or drop out midway. Sociologists have argued that governments, over the years, have not done enough for them.

Sri M says that vehicles – like a Tempo Traveller – will carry books, laboratory equipment and other tools. The initiative, the emphasis of which will be teaching English and math, is meant to train and guide these children to appear for exams through the “open university” route.

The economic and sociological costs of children of migrant construction workers remaining uneducated and unskilled are huge. Firstly, they constitute a good chunk of India’s population, and a majority of those who migrate from the countryside to the cities. Even if they survive the onslaught of drug and criminal syndicates out to hire them, these children end up joining the under-skilled workforce that comprises their parents. The end result is greater availability of such workers that depresses wages, a self-reinforcing trap. The sociological costs are heavier with drug addiction and crime rates rising in cities, sociologists aver.

“We have many other plans in the pipeline to connect with India’s poor. This is one of the first ones,” Sri M says.

Sri M’s ancestors were brought to India in the early 18th century by the Maharaja of Travancore, Marthanda Varma, who distrusted his soldiers and had powerful enemies such as Ettuveettil Pillas. Until recently, a member of Sri M’s family used to accompany the maharaja in his customary procession at the Aarat festival at the Sree Padmanabhaswamy Temple in Thiruvananthapuram.

In a family that was reluctant to have any member marry even Kerala Muslims, it was Sri M who broke all traditions by marrying a Saraswat Brahmin, Sunanda, with whom he has two children.