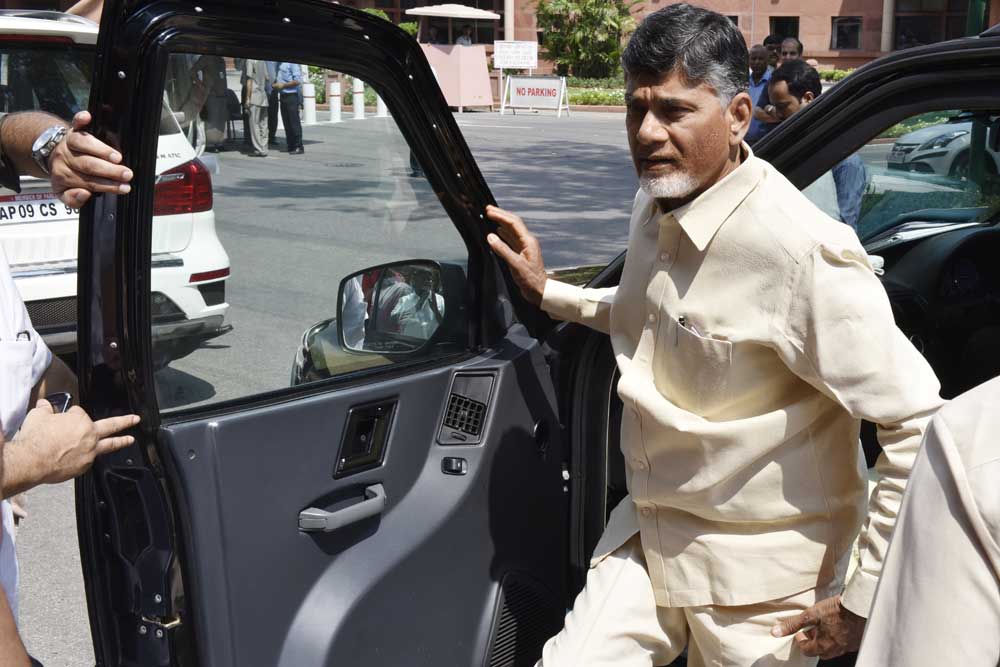 THE WEDGE BETWEEN Andhra Pradesh Chief Minister N Chandrababu Naidu-led Telugu Desam Party (TDP) and the BJP shows the hazards of inorganic growth, currently being pursued by the leader of the ruling coalition at the Centre to achieve power in states that are still not under its direct charge. Allies often need to be appeased, especially in states where the BJP is not the principal party.

In the case of Naidu, who has said that two ministers of his TDP are quitting the Central Government over the latter not awarding ‘special category’ status to Andhra Pradesh, it is also a case of wounded pride. Once a celebrated and much-pampered ally for various fronts at the Centre, the TDP has lately lost the ‘kingmaker’ role it used to have in its heyday.

The TDP, which has 16 members in the Lok Sabha, said it took the ‘painful’ decision in the interest of Andhra Pradesh as it was left with no other option. The announcement was made at an emergency press briefing held in the state capital Amravati. The two TDP ministers in the Modi Government are Civil Aviation Minister Ashok Gajapathi Raju and Minister of State for Science and Technology YS Chowdary. Meanwhile, the two BJP ministers in the Naidu government, K Srinivasa Rao and T Manikyala Rao, have also announced their decision to resign.

Naidu called the press briefing within hours of Union Finance Minister Arun Jaitley stating in Delhi that giving special category status to any state besides those from the Northeast and three hill provinces was not constitutionally possible after the implementation of the 14th Finance Commission recommendations, according to reports by news agencies. Naidu called Jaitley’s announcement ‘the last straw’. For special category states, the Centre meets 90 per cent of the expenses of a Centrally-sponsored scheme, as against 60 per cent in the case of other states. “I made every effort to get our issues resolved by the Centre in the last four years. I told them about the people’s sentiment and tried to convince them in every manner, but to no avail,” said the Chief Minister of Andhra Pradesh.

The BJP, which is in power in several states thanks to alliances with unlikely partners—such as the PDP in Jammu & Kashmir—may find the going tough in the face of mounting provincial aspirations.