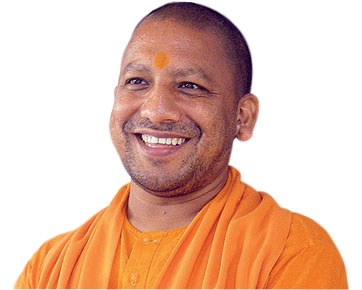 What does it really take to be an adarsh Indian welcome to stay in India? Last year, BJP leader Giriraj Singh said it meant supporting Narendra Modi for prime ministership.

Last month, Minister of State for Minority Affairs Mukhtar Abbas Naqvi said it meant giving up beef. And now BJP MP Yogi Adityanath has joined the chorus, saying those who have an issue with Yoga should leave the country. This has been said in the context of International Yoga Day being celebrated on 21 June. His words, addressing a gathering at a temple in Varanasi, a bastion of Hindu sentiments: “Lord Shankar was the biggest Yogi who started Yoga… So, those who want to avoid Yoga and Lord Shankar can leave Hindustan.”

It is unclear if such clarion calls ever translate into the exodus these ministers seek, but an attempt to lend a religious hue to what is essentially a series of bodily contortions is quite baffling. But then, the opposing camp is ever-so-ready to bite the bait. The All India Muslim Personal Law Board is reportedly ready to lead an agitation against those participating in activities around International Yoga Day, which its leaders say are ‘against the spirit of Islam’. Perhaps it would serve both sides well to take a deep breath for five seconds, hold it for five more seconds and then exhale for five seconds.