×
OBJECT OF THE WEEK

What’s in a Colour? 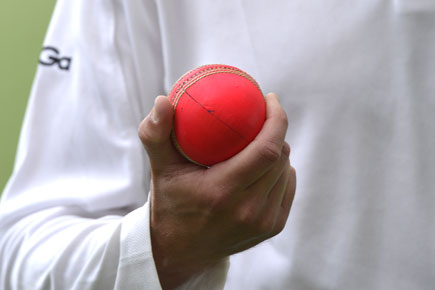 For several years, cricket has moved on two different planes. There is Test cricket, an astonishing anachronism of the modern day, a sport played over five long days with a limited number of teams, which has seen little change since its origin. And then there is limited overs cricket. A game which in the span of less than 50 years of its international existence has witnessed an embarrassing glut of change and innovation—coloured clothing, white balls, two balls, day-and-night matches, fielding restrictions, free hits, 60 over games, 50 over games, and that strange new beast, Twenty20. One game for that affectionate little constituency of purists. The other a juiced up money-spinning creation of the 21st century. One projected as a piece of living history and tradition; the other nothing but entertainment.

The two have moved along through the years, usually scheduled one after the other when two nations play each other, one that needs protection and the other in thriving health. But it has now come to a point—at least that seems to be the consensus—that Test cricket has to do something drastic to survive. This something drastic will happen this Friday in the shape of a bright pink ball.

For the first time in the history of Test cricket, in a match between Australia and New Zealand, the ball in the hands of the antipodean fast bowlers will not be a Red Delicious, but a Pink Lady. One of Test cricket’s most defining features, the hard red cherry, will be replaced by a pink one. The game itself, quite remarkably, will be a day-and-night affair. Not since the days of ‘timeless’ Tests—for instance the ten-day long 1939 match in Durban between England and South Africa which had to be declared a draw because the English team had to catch their ship home—and the six day-long and four day-long Tests, has something so groundbreaking happened to the game.

A day-and-night affair, cricket administrators hope, will goad spectators to watch the match, on TV or at the grounds, after working hours. The pink ball, which has arrived as something of a compromise between the red ball used for traditional Tests and the white one used for limited-overs matches, is believed to be best suited to allow batsmen to see the ball through daylight and under floodlights. But the ball, as can be expected, has created a big rift in the cricket community. Some former players like Ian and Greg Chappel, and closer home, Virat Kohli, have welcomed it as necessary change, while others have decried it as an assault on tradition. Former cricketer Ricky Ponting was recently quoted as saying, “I’ve actually been against it the whole time… Test cricket is all about history and tradition as far as I’m concerned.”

Batsmen fear that the ball will be harder to pick, especially in judging seam movements, and particularly when sunset is close, the period when daylight is fading and the floodlights are yet to come on. Bowlers carp that the ball is soft, will become old and stop swinging quickly. Fielders say they can’t spot it. There have even been reports where spectators have been quoted saying they can’t follow the ball as well as the red or white one. Very few have really played with the ball in domestic matches, or watched one being used in a game, but the rumours and complaints have travelled.

In a game where microscopic attention is paid to almost everything, like the length in millimetres of near invisible grass on a pitch or the puffs of dust raised in Subcontinental pitches, a discussion on the flaming pink ball was all but inevitable. Whether it will ruin or save Test cricket, who knows? But something was needed to revive interest in the format.