The Poetry of Federer 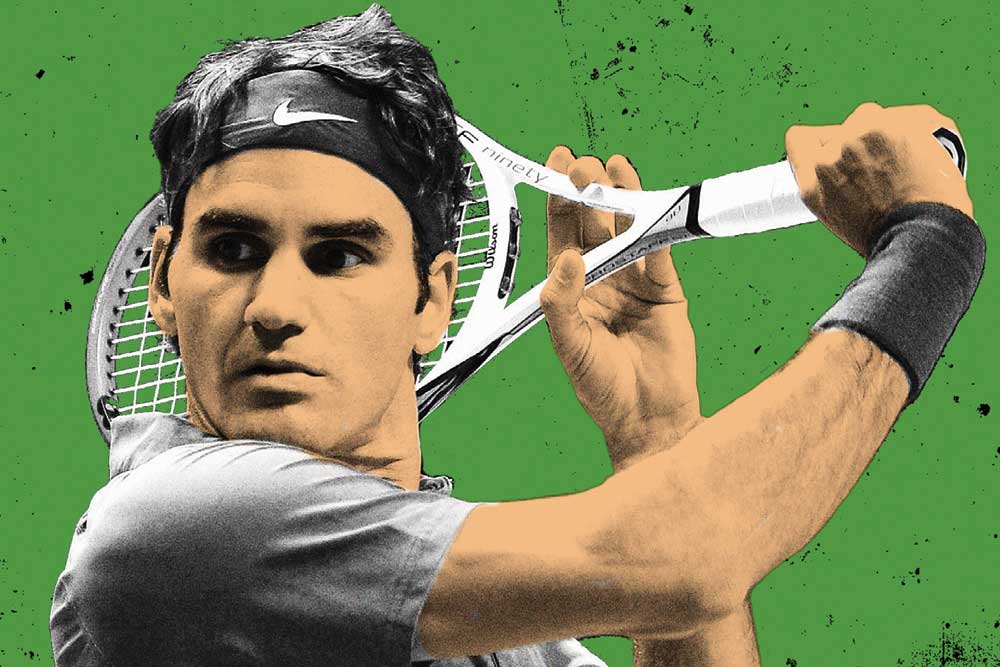 AGE HAS BEEN lurking around the corner all of last week, like it surely must have since time immemorial, jumping on the mightiest of modern-day athletes. Punching them in the gut and crushing them, as we begin to notice their laboured breath. The 38-year-old Manny Pacquiao, one of the greatest fighters of his generation, was bruised and bloodied by a much-unfancied boxer in the so-called ‘Battle of Brisbane’. In the West Indies, MS Dhoni, arguably India’s most talismanic player since Sachin Tendulkar, after the euphoria of his previous match, lumbered around to play his most laboured innings, making it evident to the world tuning in just how time can ravage even the most gifted sportsmen. It is cruel—this sight. Of a former hero losing what you thought was his silken touch. But it is all too evident—slowing reflexes, weary bodies; a punch that could have been blocked now landing right above the eye; a ball that could have been hit, now eluding the willow.

And yet, as we tune into this season’s most awaited sporting event, Wimbledon, the man everybody appears to be rooting for, Roger Federer, is nearing his 36th birthday. This makes him a geriatric by tennis standards. Even hall-of-famers are younger than Federer (Andy Roddick, inducted earlier this year into the International Tennis Hall of Fame, is a year younger than him). Just last year, in this very tournament, when Federer lost his semifinal to Milos Raonic, it was clearer than ever (and painfully so) even to the most loyal Federer fan that tennis’ arguably greatest player probably just didn’t have it in him anymore. His cabinet might have then boasted of 17 Grand Slam trophies, but it was gathering dust now and hadn’t seen the addition of a Grand Slam trophy since 2012. At one point in the match against Raonic, Federer even fell down on the court after what looked like his knee giving way.

Federer took a break for six months after the tournament, saying he wanted to allow his knee to heal. His official rankings dropped to 17 during this period. And given the daunting climb to match-fitness (and form) that a return to tennis would have required at his age, we could have been forgiven to think that his great tennis career was now stuttering to a stop. But that was hardly the case. Six months later, he was firing again, and like never before. And he did the unthinkable. He stormed through the Australian Open this year to reach the final, where he beat Rafael Nadal, someone whom he hadn’t defeated at a Grand Slam event in a decade, to win his first Grand Slam trophy since 2012. That win was followed by many others this year at major tennis tournaments like the Miami Open and Indian Wells Masters, where he defeated Nadal yet again. According to some experts, Federer is now playing better than he did even in his prime, some 10-odd years before.

Federer has added some new strategies to his game, and fresh pluckiness, unseen before. And now he comes to the most hallowed of stadiums, to his favourite tournament where he burst on to the scene some 16 years ago by defeating the then defending champion Pete Sampras, as new and old rivals gather. A rejuvenated Federer begins his search for an eighth Wimbledon title.

He may very well do it. If so, he will be the first man to win eight titles, and the oldest champion in the modern age. The record for the oldest is currently held by Arthur Ashe, who was 31 when he won the title in 1975.

Or he may not. But the Federer of 2017, if his performance tells us anything, is not going to go down without a fight.