×
TEAMS OF THE WEEK 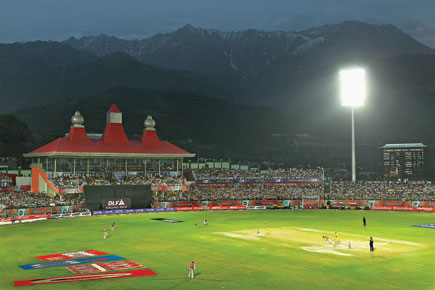 In India, nothing can quite halt the IPL juggernaut. Not court-ordered suspensions, instances of spot-fixing and betting, or talk of declining viewership. After the BCCI was made to suspend two top franchises, Chennai Super Kings (CSK) and Rajasthan Royals (RR), for a period of two years, leaving it in the nightmarish fix of having to fill up the tournament schedule with matches among only six teams, the Board has now successfully floated two new franchises, for Pune and Rajkot.

On 8 December, Delhi-based Intex Technologies, which specialises in manufacturing smartphones and other consumer durables, picked up the Rajkot franchise. And, New Rising, a subsidiary of a company of the RP-Sanjiv Goenka Group—which owns Open apart from a range of businesses, and co-owns another domestic sports team, Atletico de Kolkata in the Indian Super League— successfully bid for the Pune one.

The new franchises were selected through a ‘reverse bidding’ process under which investors were encouraged to bid for lower than a set base price of Rs 40 crore. According to this arrangement, the BCCI would pay a maximum of Rs 40 crore from its central revenue pool to the new owner. The investor who bid the lowest sum would eventually bag the ownership rights. Central revenue is the amount paid by the BCCI to each franchise, currently estimated, according to media reports, between Rs 65 crore and Rs 70 crore per team, and likely to rise to Rs 75 crore for the upcoming season.

Both the winning bids went into negative figures, implying sums to be paid to BCCI. Thus, Sanjiv Goenka’s New Rising will pay the Board Rs 16 crore for the Pune franchise, and Intex will pay Rs 10 crore for the Rajkot one.

According to the BCCI, it stands to earn a profit of over Rs 300 crore with the establishment of these new franchises. “What we had calculated was that BCCI pays [the franchise owners] approximately Rs 70 crore first year out of the central revenue and next year it would be Rs 75 crore. So that makes it Rs 145 crore for one team,” the new BCCI president Shashank Manohar explained at a press conference. “Now that Rs 145 crore is going to be safe because [the two new entrants] are not accepting that central revenue. Plus they are paying us Rs 25 crore. So Rs 50 crore more [over a period of two years]. That is the simple calculation.”

It is not quite clear what will happen two years later when CSK and RR will be eligible to return to the fray after serving their suspension time. At the press conference, however, Manohar claimed that no decision on their return had been made. “We have not taken a call on it. As of now, they stand suspended,” he said. “Today’s winning bidders will exist for two years.” If CSK and RR return then, as is expected, and the BCCI raises the number of teams from eight to 10, the two new franchises that have been established will be able to come in only through a fresh auction.

Pune and Rajkot, which have been set a minimum of Rs 40 crore and a maximum of Rs 66 crore to buy players, will now participate in a player draft on 15 December, where both teams will get to pick five players each from a pool of CSK and RR players. The Pune franchise will get to pick the first player from the 10-player pool, since it finished as the lowest bidder, and Rajkot will get to pick the second player. The two teams will then alternate thereafter. The auction for the rest of the players will take place on 6 February 2016. The IPL begins on 9 April.