Pune to Get an ‘Innovation’ University 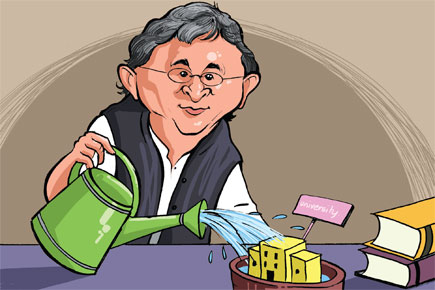 
NEW DELHI ~ The Centre is hoping to get going this year with the first of its proposed ‘innovation universities’ to address the quality of higher education in the country. The Tagore University for Liberal Arts in Pune will focus on an experimental mode of education to bring liberal arts education in the country at par with what’s offered abroad.

While the Ministry of Human Resource Development is reluctant to comment on the fund allocation for the university—since the Universities for Research and Innovation Bill under which this ambitious project is planned is still pending in Parliament—sources say it will certainly be more than the Rs 240 crore earmarked in the 11th Five-Year Plan for central universities. The MHRD is hoping to begin work this year, which also marks the 150th birth anniversary of Nobel laureate Rabindranath Tagore.

The blueprint for the university has been submitted to the MHRD by a committee consisting of Jadavpur University professor Supriya Chaudhuri, historian Ramachandra Guha, director of the King’s College London India Institute Sunil Khilnani, theatre personality Girish Karnad and art historian BN Goswamy. It will break away from the standard undergraduate programmes in social sciences and humanities offered by central and state universities, and will be modelled on American and English educational institutions.

The original proposal was to set up 14 such autonomous universities across the country, including in Amritsar, Greater Noida, Jaipur, Patna, Guwahati, Kolkata, Bhopal, Gandhinagar, Coimbatore and Bhubaneswar. But this is likely to be whittled down substantially, with the MHRD now saying that ‘14 is no longer a sacrosanct number’. “Where is the money for setting up so many universities?” asks a senior ministry official. “We can only hope to begin work on the Tagore university,” he adds. “Whether it will cost Re 1 or Rs 100 crore, we will push for it.”