Pakistan: Their Finest Hour in Cricket 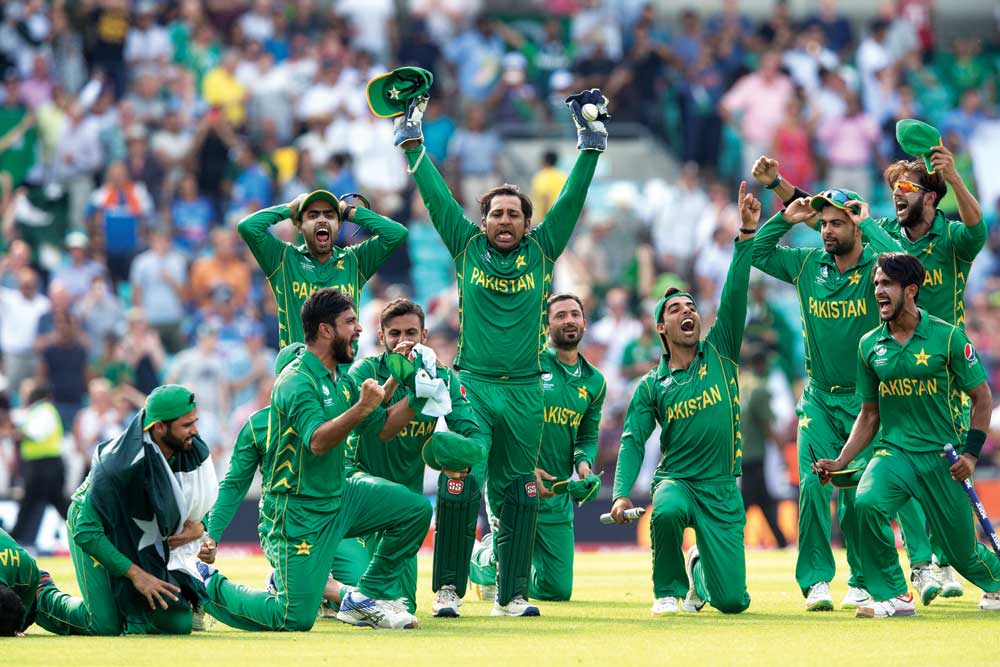 NO OTHER TEAM in the world, across sport, can swing from abysmal to astonishing in the space of a tournament quite like the Pakistan cricket team. Sometimes, it’s the other way around—astonishing to abysmal—like in the 1999 World Cup, where Wasim Akram’s side looked destined to win the trophy till they blew it in the final against Australia. Mostly, though, the arc of the swing is terrible to terrific, as everyone who tuned in to the 2017 Champions Trophy in England and Wales will tell you.

No team that performs as poorly as Pakistan did in their opening game of the Champions Trophy—against India, where they lost by 124 runs—deserves to be in an ICC event. And no team that did what Pakistan did to Virat Kohli’s boys in the final — crushing them by 180 runs, the largest margin of defeat in an ICC final—deserves to be ranked a lowly eighth in the ODI order, or go so long without winning major trophies in the first place.

But heck, cricket and its fans say with a shrug, such is Pakistan. The sport would feel hollow without them.

By winning the Champions Trophy on June 18th, Pakistan became only the third team in cricket, after West Indies and India, to win all the ICC majors. The holy troika—the 50-over World Cup (1992), the World T20 (2009), and now this. Not on any of those occasions did the winning team go in as favourites.

Far from it. Insofar that Imran Khan’s heroes of 1992 will always be known as ‘Cornered Tigers’, a phrase the captain used to describe what his team—which had won just one of their first five matches in that World Cup—would have to respond like to even dream of making the knock-outs. They won the rest of their matches, including two back-to-back wins against the team to beat in that tournament: New Zealand, in New Zealand.

Somehow, what Sarfraz Ahmed and his motley crew pulled off by winning the Champions Trophy seems even more improbable, if not greater, than Imran of 1992. Far from having the luxury of feeling like cornered tigers, the Pakistan side were nearly ‘Abandoned Kittens’. Almost. Saved from that fate only by cunning scheduling. Ranked ninth until the beginning of September last year, just days before the cut-off to decide the top- eight teams that would go through to the Champions Trophy, the Pakistan Cricket Board hastily arranged a three-match ODI series against the then incumbent number eight team, West Indies, in the UAE, beginning on the day of the deadline.

Until that point in 2016, Pakistan had won just one ODI all year long (hence their ranking). Yet, when thrown a lifeline, they went on to blank West Indies 3-0, and the holders of the World T20 title missed the boat to England. While many feared that West Indies’ rapturous yet unpredictable brand of cricket will be missed, the very brand that won them two out of the last three World T20s, Pakistan more than made up for their absence.

Consider this for rapturous unpredictability. Pakistan gave away three debut caps during CT 17 (no other team had even one first-timer during the tournament). Most think-tanks wouldn’t entertain the thought of trying more than a couple of new players in a bilateral series against Bangladesh. Pakistan tried three in a major ICC event—Fakhar Zaman, Rumman Raees and Faheem Ashraf. All wearing the Pakistan green for the first time following the team’s tumultuous start against India, during a period when every match was a do-or-die affair.

Zaman was the undisputed star. A left-handed opener, the 27-year-old scored 31 in his first gig against the world No 1 side, South Africa, 50 in the next versus Sri Lanka, 57 in the semi-final against hosts and favourites, England, and followed it up with a match-winning 114 in the final. No success story in the Pakistan dressing room is forged without a delightful back story, and Zaman, too, has one. He revealed later that he nearly didn’t make it to the final, feeling unwell the night before and all but pulling out of the playing 11. But the physio refused to give up on him, staying by Zaman’s side and treating him all night long.

Zaman wasn’t the only hero who nearly missed the biggest game of his life. Mohammad Amir, the left-arm quick who ended up flattening India’s top order, also came close due to a back spasm that had already forced him out of the semi-final. Amir’s back story is far more dramatic than a back spasm. He wasn’t supposed to be playing cricket at all. Having been caught for spot-fixing seven years back, Amir was banned and even jailed in the very city of the Champions Trophy final, London. When he returned to cricket a couple of years ago, several players, including the then captain Azhar Ali, threatened to resign. What, then, must Amir have thought when he induced an edge off Kohli’s blade and the chance was dropped at first slip by Ali?

Kohli, the king of run chases, normally doesn’t need a second invitation to make life count. But June 18th was Pakistan’s day. So the very next ball, Amir rushed the Indian captain a second time and this time, he was caught at point. Now, what must Amir have thought when Ali apologised to him in the celebratory huddle? It was Amir’s hour of redemption, where even his most vocal critics embraced him. And it was, by far, Amir’s finest hour in cricket.

Just as it was Pakistan’s. 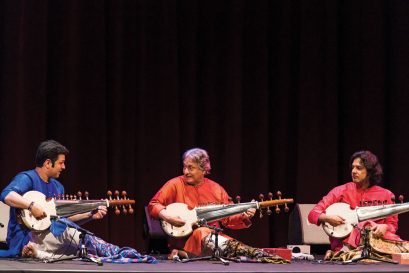