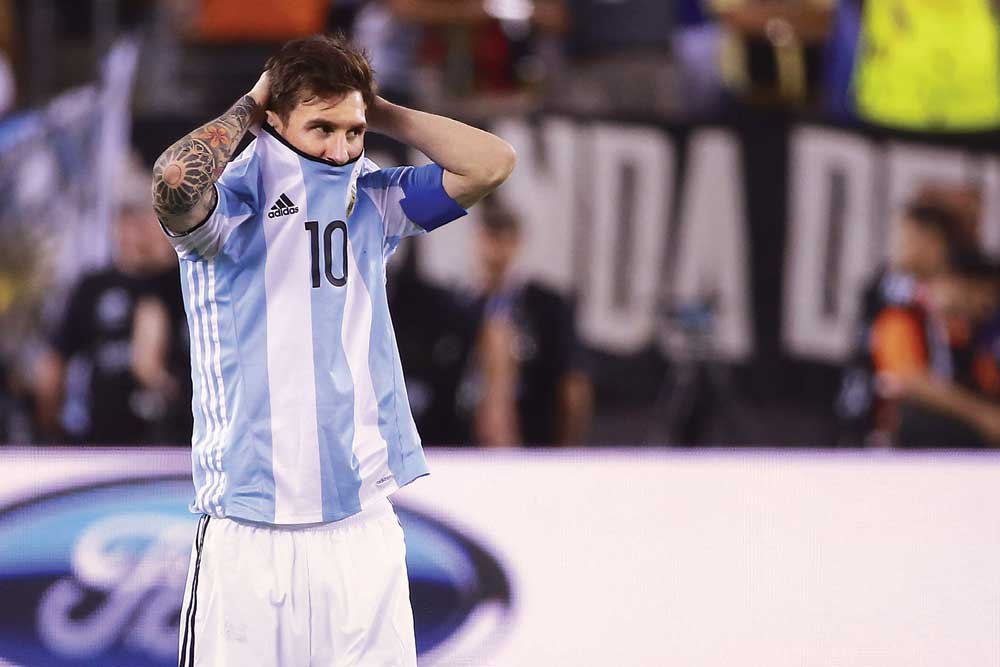 THERE IS SOMETHING incredibly depressing if Lionel Messi’s international career were to end with the image of a penalty that shot over the bar. Everything, it appeared, was ready for Messi to finally win Argentina a prominent cup. He had blazed through the Copa America tournament, mesmerising audiences with his dazzling footwork, converting small half-chances into certain goals, providing assists where none seemed possible. With that penalty, he had the chance to put Argentina ahead. The goalkeeper had dived to the wrong side. But the ball that shot from that magical left foot that day travelled high and wide and over the bar. It showed that football, like life itself, more often than not ends in failure.

Messi is arguably the greatest Argentinean football player since Diego Maradona. He is an artist much like a Ludwig van Beethoven or Leonardo da Vinci. What happens to the match, the countries that are playing, the strategies that are being employed, who wins and who loses, all these elements central to football often become inconsequential once the ball is at Messi’s feet. He is five feet six inches and weighs just 67 kg, but his dazzling talent on the football field lets him outmanoeuvre players twice his size. His technical and mental brilliance often overshadows everything else. There is also his stellar record—464 goals for Barcelona, 55 for Argentina, five FIFA Ballon d’Ors (four of them consecutively), four Champions League and eight La Liga titles for Barcelona—to prove as much, as also the frequent displays of excellence that he has left us with.

It could be that Messi wants to give his overworked body some rest by retiring early. But in all likelihood it is because he cares too
much about winning

But with his international retirement at just 29, perhaps at the peak of his prowess, there is the possibility that Messi’s career will be catalogued with what he has failed to achieve for his country. No doubt, he is under tremendous pressure every time he turns out in national colours. He tends to choke, as the accusation goes, in big finals. Messi himself spoke about not having won the last three big finals before the final against Chile. There is also that large shadow of Maradona that hangs over him each time he plays for the country. It might be true that Messi has never replicated what Maradona did for Argentina in the 1986 World Cup, but the World Cup today, truth be told, is no more the cornerstone of football. And Messi’s record at Barcelona far outweighs anything Maradona achieved at that level.

Messi is probably weary and does not enjoy playing for the country as much anymore. Barcelona, where he has played with several of its plays all his life, is a champion side with a clear style of play. With Argentina, the players and strategies are ever-changing. It could also be that he wants to give his overworked body some rest after his international retirement. But in all likelihood, he has done this because he cares too much about winning. And he cannot deal with the pain of failure any longer.

The greatness of Messi should be undisputed. What he needs is a screenplay worthy of his talent, a story much like Maradona’s in 1986. A failed Copa America campaign is no place for a talent like Lionel Messi to call it quits.