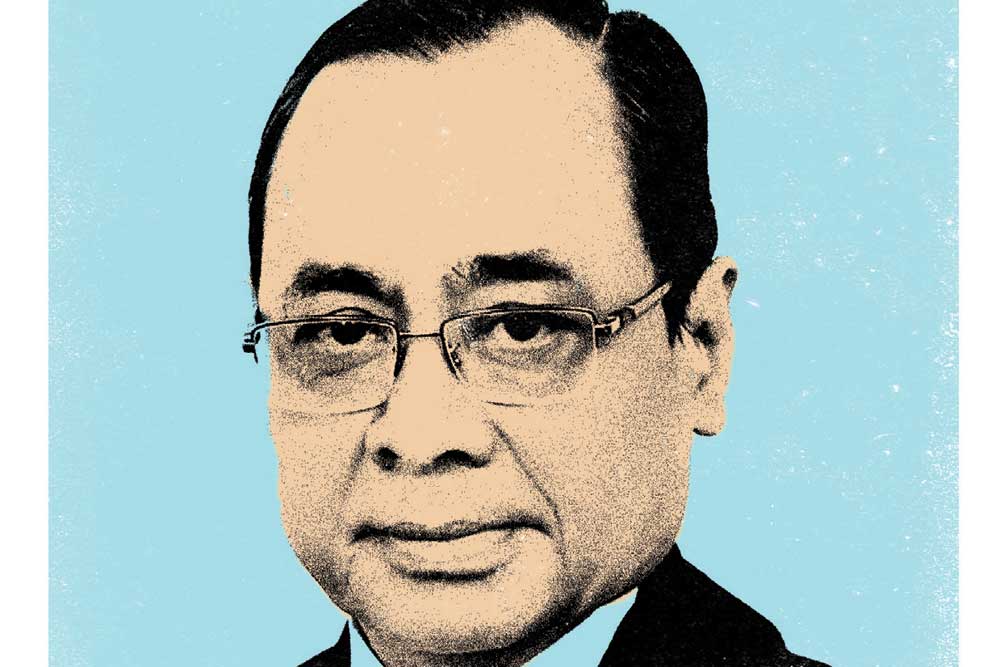 IN JANUARY THIS year, four of the senior-most judges of the Supreme Court did an unprecedented press conference to complain to the nation about misadministration by the Chief Justice of India, primarily in how benches were being constituted for sensitive cases. The face of the protest was Justice J Chelameswar. He was going to retire soon and, having decided to abjure any appointments after that, was unburdened by consequences. On the other hand, Justice Ranjan Gogoi, who stoically sat next to Chelameswar at the time, was taking a personal risk. He was next in line to be the chief justice by seniority but that was convention. There were instances when it had not been followed earlier, like Indira Gandhi superseding a judge she didn’t approve of. And then, the very chief justice that the judges were talking against would also be the one sending the name of his successor to the Government. Yet, Gogoi was there when the easier alternative would just have been to remain on the sidelines and wait for his turn.

This week Chief Justice Dipak Misra did formally put forward Gogoi’s name and so he will take over the chair from October 3rd. It says something about the strength of the institution that despite the acrimony, the guiding conventions were strong enough to weather it. Also, there was nothing substantial really to object in Gogoi’s elevation. His whole career has been exemplary in upholding the values of the judiciary. From a successful lawyer, he had become a judge of the Guwahati High Court before being appointed Chief Justice of the Punjab and Haryana High Court in 2011. The very next year he was made a justice of the Supreme Court. There has never been a shadow of doubt on his intelligence, acumen or probity. A profile of him in The Indian Express said: ‘Justice Gogoi does not own a car and only recently his mother, Shanti Gogoi, a respected social worker in Assam, transferred an old home to him, in Kamrup district. Justice Gogoi is among the eleven (less than half) of his colleagues at the Supreme Court to have bothered and made public, his list of assets and updated it, in keeping with the resolution towards transparency in the top judiciary passed by a meeting of the full Court in May 1997.’

Gogoi’s tenure will hopefully be different, given how fractious the court has appeared in recent times. The Supreme Court’s reputation has taken a knock and it falls on him to return it to its eminence. Then there are the issues plaguing the judiciary that he needs to address—the crores of cases waiting for judgment, the lakhs of undertrials sitting in jails, corruption and how justice is skewed towards the privileged while minorities and the poor find it onerous to negotiate the legal process. Gogoi understands the problem. In June, when he was at a function to release a book, he gave his thoughts on how the system was crumbling. A PTI report quoted him as saying, “A tweak here and a tweak there in the law to pacify the agitated mood is just to stop justice. And then there are the harrowing long-drawn battles in the court. It is no secret that the justice delivery system is begging for a complete overhaul. But, when will it come is anybody’s guess.”

A month later, in a speech at the RNG Memorial Lecture, he was somewhat more optimistic, laying out principles to be guided by. He had said, “I will only say that if it [the judiciary] wishes to preserve its moral and institutional leverage, it must remain uncontaminated. And independent. And fierce. And at all times. A chain is only as strong as its weakest link. So is an institution. And if introspection is where we have to begin, we might as well begin there. Perhaps, we can hope and endeavour that in the future, it is not our finality, but really our infallibility that should define us.” He now has the opportunity to at least begin the overhaul.