Game of Thrones: One Last Time 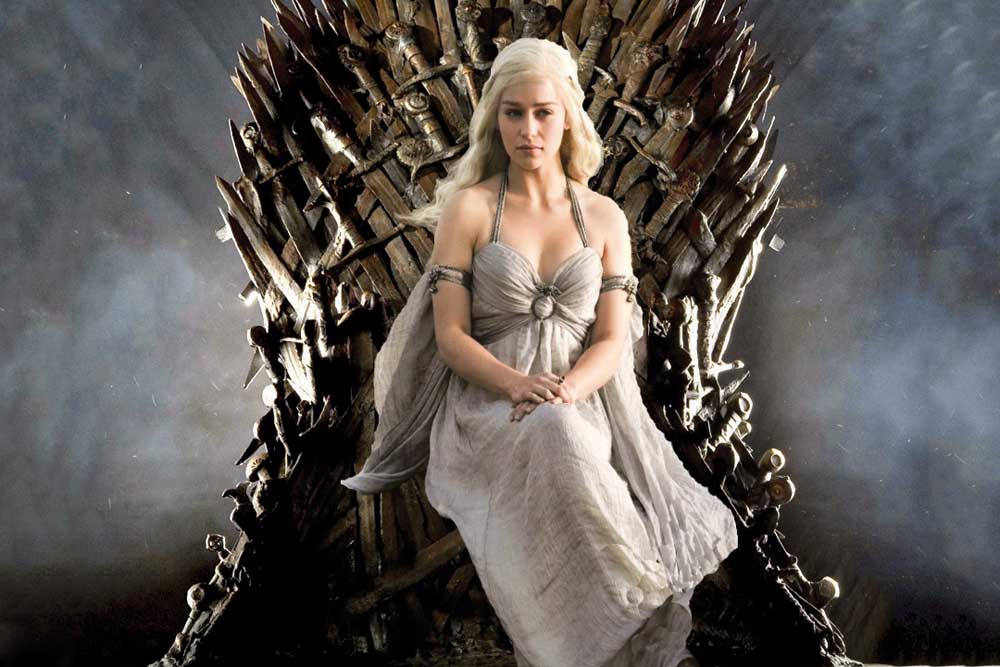 AS A SHOW THAT captures the zeitgeist, there are few to beat Game of Thrones. Winter is coming and soon climate change will make undead of us all. Walls, however gigantic and impenetrable, are useless against a determined enemy—all it takes is one turned dragon to bring it all down. Never underestimate anyone, especially the dispossessed—a small man, in the words of Lord Varys, can cast a very long shadow. Women are the future of the universe. Like Arya Stark, they don’t need saving. And most importantly, power comes at an enormous cost—of children, siblings, fathers, and even entire communities that were once your own.

Since 2011, the HBO show, now entering its eighth and final season, based on George RR Martin’s bestselling fantasy series has become a global cultural phenomenon, as loved in the US as it is in the rest of the world—its stars, most of them once young unknowns, are headlining major movies and TV series, from Emilia Clarke to Richard Madden; and its last season has generated an industrial level of guessing game revolving around who will sit on the iron throne.

For seven seasons the show has riveted the world with its beheadings, its busting of taboos, its bloody weddings, its exploitative rapes, its pies made of human flesh, and of course the often transgressive sex and the usually gratuitous nudity. In the history that Martin is writing of this old-new universe, once marginal characters become central, as fire and ice clash and then come together, with the Mother of Dragons and the White Wolf, the ulitimate power couple, in a cycle, repeating the incest between the once-gilded Lannisters, Jamie and Cersei. Chaos, as Littlefinger once said, isn’t a pit, it is a ladder. And from there will emerge the future rulers—unburnt, unbent, unbowed.

Seven kingdoms, seven great houses—several contenders for the iron throne. It could well be our ‘General Election’ as circumstances test the quality of leadership. Like a modern Mahabharata, Game of Thrones gives us leaders with varying qualities of mind, body and soul. From the impish Tyrion Lannister whose mind needs books just as a sword needs a whetstone to the honourable Jon Snow, who goes from Ned Stark’s illegitimate son to true Targaryen heir; from Cersei who will stop at nothing to capture power to her brother Jamie who will do anything for her love; from the spirited Arya who fashions herself into a weapon of vengeance to the much-abused Sansa, once a victim of Littlefinger’s dark whispers, and now a woman who has come into her own, the characters of Game of Thrones signify the best and worst in us. Nobody is safe in this universe, where just as you begin to have a spot for a character, Martin’s dark hand swoops in to cast it out.

Like the greatest of our epics, Game of Thrones positions itself as a conflict between Dharma and Karma. The dutiful Ned Stark, his principled son Robb, his fairytale-believing daughter Sansa whose illusions are beaten out of her first by King Joffrey and then by the vicious Ramsay Bolton. Arya and Bran, broken children who learn to cope in the anarchy they are thrown into. The always-ethical Jon Snow whose own Nightwatchmen turn against him when he embraces Wildings, the iron-willed Daenerys who survives her brother’s betrayal and her husband’s death, and the bookish Samwell Tarly, the best friend everyone should have.

There is much to quote from the collective wisdom of its characters, especially Tyrion, but Game of Thrones’ greatest quality is its belief in justice. Karma always gets you in Game of Thrones. It could be dogs you’ve starved for sometime who turn against you as in the case of Ramsay; it could be the woman you have tried to manipulate for some time, who finally becomes the master to your pupil, like Sansa and Littlefinger; it could be the brother on whose head a crown of molten gold is poured; and it could even be the father who has tormented you for years, killed with a crossbow while sitting in the toilet. Nothing in the Game of Thrones is tempered or toned down. It is addled, sometimes awkward but always addictive.

‘When the snows falls and the white winds blow, the lone wolf dies but the pack survives,’ said the tragic Ned Stark to his beloved Arya early on in the series. Family, fealty, glory, responsibility. One last time, ladies and gentlemen, Game of Thrones, the TV series, giver of life lessons, eternal source of quotable quotes, annual summer addiction, graveyard of the good but also enemy of evil.