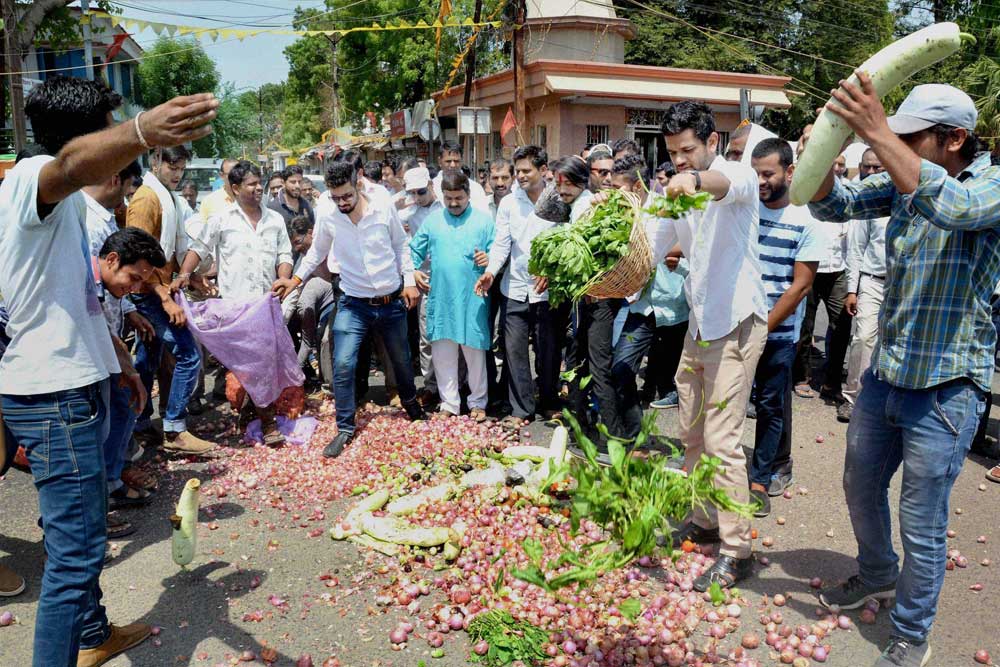 THE DEATH OF eight farmers in Madhya Pradesh’s Mandsaur district on Tuesday and protests in Maharashtra go well beyond a law and order tangle. It is well-known that agrarian distress in rain-fed India is a cyclical phenomenon that repeats itself every decade. Finding a solution to this problem has defied planners since the days of Jawaharlal Nehru and efforts to move ‘surplus’ labour from farms to industrial settings have only borne partial fruit, if at all.

At one level these are classical economic problems about the balance between town and country and the economic terms of trade between rural and industrial sectors. Sustained deflation in the prices of agricultural commodities such as wheat, rice, milk and vegetable produce leads to rural distress. Low wholesale prices often end up checking food price inflation, something that benefits urban consumers disproportionately over rural producers. This imparts a zero-sum-game flavor to the entire crop/commodity production cycle. In the last three years, Union and state governments have managed the food economy in a commendable fashion: prices have remained in check even as social spending on rural areas has picked up. Therefore the claim that a nervous policeman panicked and fired on protesting farmers is to caricature what is a far-more complex situation.

There is no dearth of solutions being proposed to fix the problem. These vary from increasing the support prices of farm produce to government take-over of marketing farm output. These ‘solutions’ have a long history going back to the days of Indira Gandhi when it was realized that these ideas could only end at the total takeover of farm trade. In any case that would have only exacerbated India’s fiscal problems. A better, if difficult, option is to invest heavily in rural infrastructure and ensure that industries that process raw output are established so that farmers get better prices for what they produce. This is an ongoing process and there’s no magic wand that can be waived to make farmer’s distress go away. As far as the Government is concerned, it cannot simply invest all its allocation for rural areas: it has to support farmers in many other ways, for example by subsidising many of the inputs used to produce crops. The trick is to ensure that this balance between subsides and investment does not go haywire under populist pressures. The latter are all too often real and heavy.