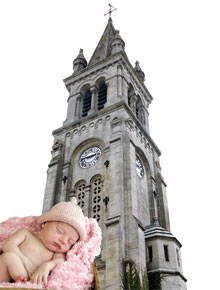 In what is generating major debate in several European countries, the United Nations recently raised concerns about the spread of ‘baby boxes’ in Europe.


In what is generating major debate in several European countries, the United Nations recently raised concerns about the spread of ‘baby boxes’ in Europe. These baby boxes or hatches— usually outside a hospital—allow unwanted newborns to be left in boxes with an alarm or bell to summon a carer. According to the UN, the practice contravenes the right of the child to be cared for by his or her parents, while proponents claim that such boxes protect a child’s right to life.

While ‘foundling wheels’ and baby hatches disappeared from Europe in the last century, the UN found that almost 200 have been installed across the continent in the past decade in countries as diverse as Germany, Austria, Switzerland, Poland, the Czech Republic and Latvia. Since 2000, more than 400 children have been left in hatches, with faith groups and right-wing politicians spearheading the revival of this controversial practice.

The UN asked the government of the Czech Republic, which has seen 44 baby boxes set up since 2005, to end the programme, but the ensuing row spilt over borders, with two dozen right-wing European Parliamentarians, including the current President of Hungary, writing to complain that baby boxes ‘offer(ed) a solution for women who unfortunately keep their pregnancy a secret and fear to approach official instructions’.