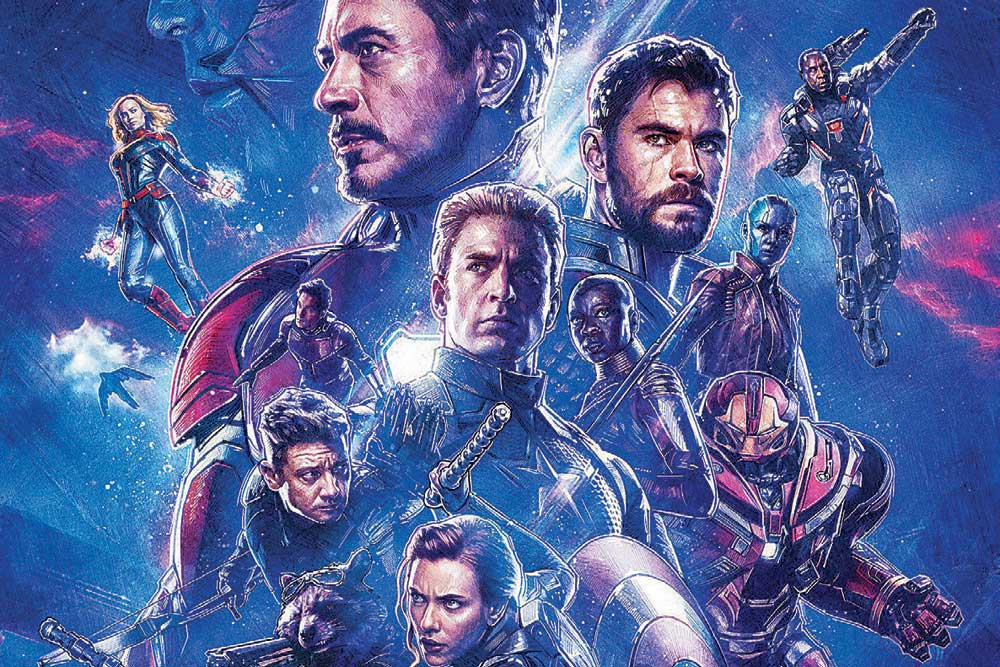 FOR $2 BILLION, you can buy all of Jet Airways, pay off its debts and have enough left over to bid for a controlling stake in Spice Jet. You would then own two airlines in India. $2 billion is also the total amount that just one movie, Avengers: Infinity Wars, made. It was the highest earning superhero flick in the history of a genre that has been wildly lucrative. Avengers: Endgame, its sequel, should be even bigger. Half of the beings in the universe have been wiped out in Infinity Wars and everyone who went for it cannot not see how the story ends. You then need one additional ticket to beat the record. All in all, one Avengers movie in two parts would have raked in more than US$4 billion. That will get you half of Indigo Airlines.

Modern superheroes began their journey tentatively in the beginning of the 20th century and by the 1930s had established themselves as a genre. Even before that, superheroes were a part of human imagination in myths—the thunderbolt in Indra’s hands mirrors the hammer of Thor. In the modern era, not much changes except to excise religion for commerce—Captain American wields a shield made from the metal Vibranium, a more comprehensible form of magic for a slightly more rational world.

Superman began in 1938, the year the spark of the superhero revolution is said to have been lit, but, for the purposes of the Avengers, it might be better to turn to Captain Marvel, who started life in 1939. It would eventually lead to Marvel Comics, whose characters now rule the superhero universe. They have some competition from the DC Comics stable, but Marvel, ever since Iron Man in 2008, has been ahead by a long distance. After Iron Man, they had The Incredible Hulk, Thor and Captain America, all blockbusters. In 2012, the first Avengers movies brought them together with a couple more superheroes like Black Widow and Hawkeye. Three years later when the second Avengers came out, more characters had been included. In 2018, Infinity Wars featured a bewildering array of close to 30 superheroes (half of them lead characters).

How is it even possible for a movie to not implode under the weight of its own ambition with such an enormous cast? But it doesn’t because, right from Ironman onwards, Marvel got a few priorities clear. It is said that the superhero genre’s success is due to the advancement of special effects but in Marvel movies that is never at the cost of storytelling. It gets actors and directors with a history of critical acclaim bringing to life scripts that have emotional tugs and some humour to brighten the mix. The genre itself might be flippant but Marvel gives it a semblance of substance. As a result, if you take the amount of time each superhero has in an Avengers film, it is not much, but they are rounded characters, human in how the audience relates to them.

It is however still a formula. Marvel might do it well but to keep the audience stimulated, it will require more than a relentless series of new superheroes. How will they manage it or whether it is possible at all will eventually decide the future of the genre. For the moment, we are at the peak of the curve. Every new superhero is a possible billion. Avengers sits at the apogee of this format, a grand circus of escapism. In India, Infinity Wars is estimated to have made more than Rs 200 crore. That is the kind of money a Salman Khan movie makes. Who knows, the next Avengers movie might just have an Indian among them. Superheroes might be unencumbered by many human limits, but they can’t escape the law of the markets.