Attack of the Killer Fungi 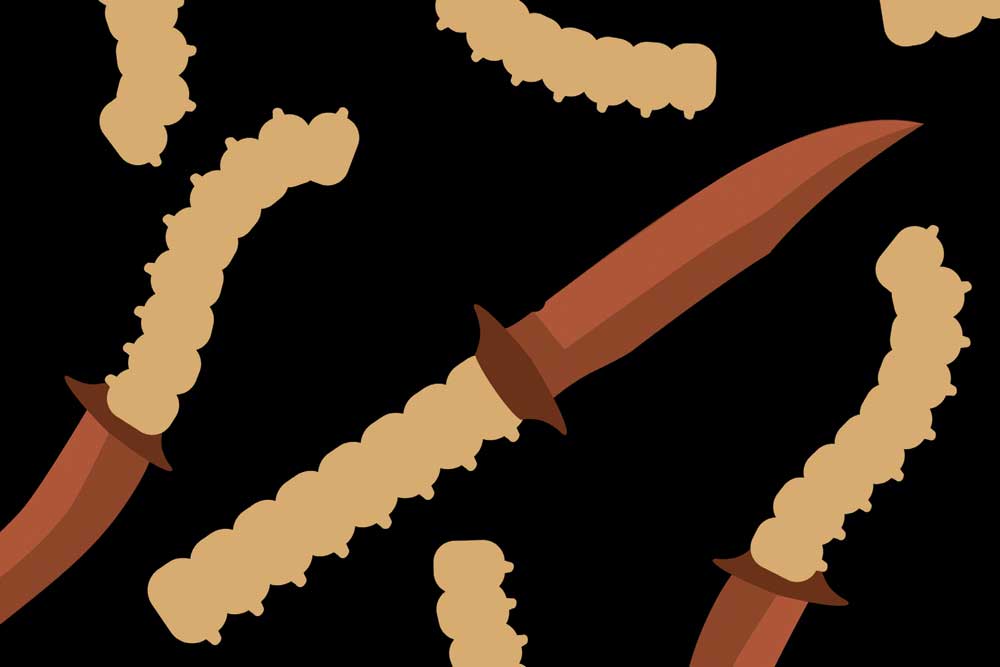 IN 2007, PEOPLE in the Himalayan village of Bemni accidentally stumbled upon a goldmine—a fungus growing on a dead caterpillar. The fungus, which enters the larva of the caterpillar moth, embalms its host and then starts to grow around its head, was a prized commodity in the Chinese market. Catterpillar Fungus (or kira jari as it is known locally) is now a widely-used aphrodisiac and energy-booster. Rahul Saluja, 36, was on a trek when he passed Bemni and couldn’t resist picking up a few specimens himself. A single string fetched almost Rs 150 in the local market. Unfortunately, Saluja didn’t know that another, more sinister, mould had also recently made its way to the region—Mucormycetes. When inhaled, this fungus causes Mucormycosis, an infection of the lungs, skin, kidney and in extreme cases, the brain. A week later Saluja was admitted to Safdarjung Hospital in Delhi where doctors had to cut out his left leg in order to stop the fungus spreading to other parts of his body. He’s still lucky; Mucormycosis patients only have a 30-40 per cent chance of survival.

“The infection is more prevalent among those with already low immunity, such as diabetes, cancer and HIV patients,” says Dr Abhishek Kapoor, an infectious disease consultant in Ahmedabad. The rapid rise of Mucormycosis has prompted a year-long study across 17 centres including AIIMS Delhi, CMC Vellore, Tata Memorial Hospital in Mumbai and Apollo Hospital Chennai. “What’s more alarming is that no one really knows how the fungus got here,” adds Kapoor.

In the last two months, three species of dangerous fungi have been discovered on Indian shores. The first, Panama Disease, is deadly for the banana plant. The infection is caused by the soil-borne Fusarium oxysporum f. sp. Cubense. The fungus enters through the roots and suffocates the plant to death. In the 1950s, Panama wiped out the entire Gros Michel banana species in every continent except Asia. Now, a new toxic strain known as Tropical Race 4 (TR4) is threatening the Cavendish species of banana. This strain was spotted in Kerala recently. If allowed to grow unrestricted, scientists predict the entire species will be extinct in five or six years.

Wheat blast, caused by Magnaporthe oryzae has also made its way to the Bangladesh-West Bengal border region. The fungus was traditionally a pathogen of rice, where it attacks the leaves. Farmers tackled the problem through a mix of fungicides. But in the case of wheat, the fungus strikes the heads and roots of the plant, areas which are difficult for chemicals to reach. A 2009 outbreak of the infection cost Brazil one-third of that year’s crop.

Then there’s the Chytrid fungus which is already threatening to wipe out the native frog population of Australia and New Zealand. A strain of the fungus was found by mycologists in the Western Ghats, home to 77 species of amphibians, 42 per cent of which will be threatened with extinction if the fungus spreads.

“Right now these are just sporadic instances. But what if it becomes an epidemic?” asks Kapoor. According to a WHO report this year, fungal infections kill over a million people worldwide, claiming more victims than malaria or breast cancer. India is home to over 600,000 species of fungi and provides the perfect base for moulds to flourish. According to mycologist and founder of Fungifromindia.com, Dr Kiran Ranadive, the country was host to only 29,000 species of fungi in the 1980s. “Fungi need only fallen leaves, stems and soil to thrive. India is a good host for lichens and moulds. Maharashtra has the greatest diversity,” he says.

Maharashtra is home to a number of killer fungi, many of them infecting rain trees. A report by the Brihanmumbai Municipal Corporation stated that the city lost 238 rain trees to mealybug fungal attacks last year. Last month, the state government appointed an expert committee to look into ways to stop the spread of fungal infection. “In the 1980s, a fungi strain from Peru caused the Irish potato famine—introducing a new species comes at a huge risk to the native species. The best way to prevent foreign fungi from entering and endangering our eco- system is to carefully inspect plant and animal imports,” says Kartick Satyanarayan, member of the Wildlife Control Bureau.

Eradicating fungi is anything but easy. It can replicate at an incredibly fast pace and is one of the hardiest parasites on the planet. “Fungi spores can live in the soil for up to 40 years. It is the oldest living organism in the world for a reason,” says TS Surayanarayanan, director of the Vivekananda Institute of Tropical Mycology. Two years ago he discovered a mould in Tamil Nadu that could withstand dry heat of nearly 110≤ Celsius, making it the world’s most heat-resistant fungus. “My guess is it evolved to adjust to frequent forest fires. Fungi have a unique mode of life. To compete with other organisms in the soil, they even secrete novel antibiotics,” he adds. In the past, countries have tried to burn infected fields, inject honey, use sniffer dogs and even mould-spotting drones to try and stop killer fungi. But the mould has managed to outwit them all.