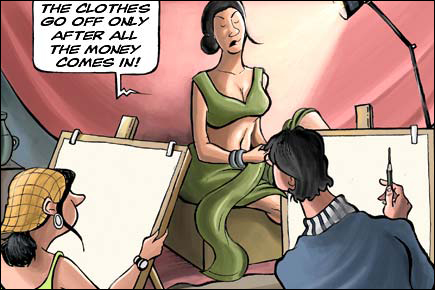 With the government ‘embarrassed’ to grant more funds, JJ School of Arts has no money to interest younger models.


Sir JJ School of Arts, which has churned out some of India’s best artists, is facing an acute shortage of good nude models. Age is beginning to show on the current ones and the state government is unwilling to increase the honorarium so younger women are not interested in posing nude for students.

At present, semi-nude models are paid Rs 100 for seven hours of work, while those who sit nude get a meagre Rs 150. “The money is too low. It is very difficult to get younger models. Younger models have better angles,” says Vijay Bondar, faculty, Fine Arts.

The school made a proposal to the state government to enhance the honorarium, but the file is gathering dust. When it did find its way to the ministerial table many years ago, the file was pushed aside, sources say, due to the ‘embarrassing’ nature of the request. “The school now thinks that when these models are available, why risk a controversy and go for younger models,” says Bondar.

JJ has been using nude models since 1857, the year of its inception, when drawing, painting and sculpting of live nudes was incorporated into the curriculum. The move had been a revolutionary one for an academic institution in the country. While third-year students sketch, paint and sculpt semi-nudes, fourth or final-year students work with fully nude models. The six freelance models work in rotation—one model per class per week. They also offer their services to other private art schools. When they start on the nudes, students are categorically told the models are not important; it is the angles and the aestheticism that matter. “They are told to look at the models through academic eyes,” says Bondar.