A JNU Vaccine for Dengue 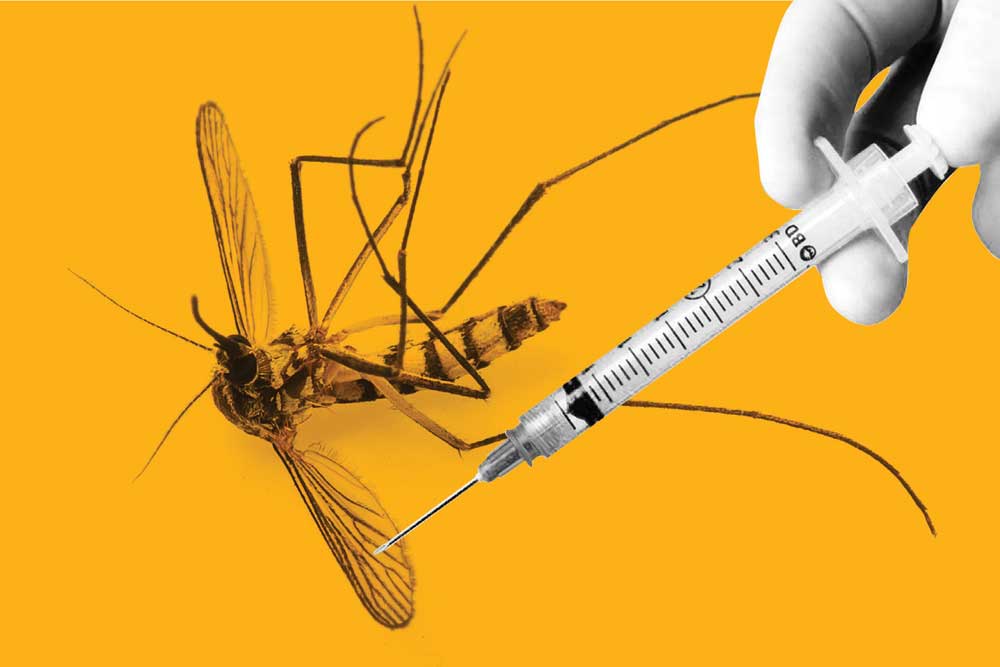 JAWAHARLAL NEHRU UNIVERSITY (JNU), Delhi, is often in the news for all the wrong and even ridiculous political reasons. Here comes the good news: a big innovation happening at JNU labs could be a game changer in India’s fight against dengue, the deadly viral fever that claims lives every year. On May 23rd, Union Minister for Science and Technology Dr Harsh Vardhan presented the three-year report card of his Ministry. The last three years, he claimed, had been better than the last three decades put together. The same report card mentioned a successful attempt at making a vaccine for dengue and malaria. The International Centre for Genetic Engineering and Bio-technology (ICGEB), Delhi, which awards degrees under the umbrella of JNU, is the institution behind this milestone. The research team of scientists under the leadership of Dr Navin Khanna, recombinant gene products leader at the Centre, has been working on the vaccine since 2005. The clinical trial of the malaria vaccine has been completed and it could hit the market soon.

“We achieved initial success on our pre-clinical research work on Tetravalent Dengue Subunit Vaccine (DSV4) candidate design in 2015 when we observed neutralising antibodies of all four dengue viruses in DSV4-immunised mice. Later, we found similar results in DSV4-immunised monkeys,” says Dr Khanna. “Most vaccines that are being prepared have live attenuated viruses, but the drug research that we are working on has recombinant virus-like particles which resemble viruses but do not carry the DNA or genetic code with it.”

In the year 2016 alone, around 129,000 people were affected by the dengue virus and 245 people lost their lives to it. Dr Khanna and his team got their first taste of success in 2012 when they developed a dengue detection kit. Since the nature of dengue fever is similar to that of other viral fevers, it was proving difficult to diagnose dengue at an early stage. The tests that were available were based on the detection of specific antibodies of the dengue virus. And these antibodies could be detected only after the patient had been suffering from the illness for a few days. With the new technology, it became possible to detect dengue on the very day it struck.

The technology was transferred to a private company— J Mitra—for commercial production and is now widely available in the market. Work on a dengue drug and vaccine, meanwhile, continued. The research term was looking for a solution that could destroy the virus without causing side effects and worked on developing one based on plant extracts.

“All the plants that were commonly used to fight dengue, including neem, basil, aloe vera and others were considered,” says Dr Khanna. “After five years of rigorous tests, Cissampelos pareira (Abuta in English and Patha in Hindi) came out a clear winner. It could destroy the virus and not just, it was non-toxic to human cells, too.” In some countries the plant is called the ‘midwife’s herb’ because it induces labour in pregnant women. Dr Khanna tried it on himself when he contracted dengue. He boiled the leaves of the plant and consumed the extract. After he felt better, he then used it on his daughter too.

In October last year, the ICGEB partnered with Sun Pharma for further research, clinical trials and commercial production of the dengue drug and tablets. The drug would be called Cipa while the vaccine goes by the name DSV4. The developed product could control all four types of dengue viruses that attack the human body and it would be cost effective. However, it will still take some time for the product’s commercial launch.

“The next phase of clinical development is being initiated. It is premature to discuss market launch at this time. It is pertinent to note that more than half the world’s population, in 128 countries, is at risk of dengue—about 400 million dengue cases are estimated annually. A safe, affordable and effective dengue vaccine or drug will have an immense impact on public health,” says Dr Khanna

At present there is only one vaccine available globally for the prevention of dengue. Sanofi Pasteur—the French pharma major—developed Dengvaxia and it has been approved by ten countries; among them are Singapore, Mexico and the Philippines. The vaccine has also been cleared by the World Health Organization, but the Indian Government is yet to give its approval. Last year, the company had sought permission to introduce it in India without phase 3 clinical trials. Phase 3 is the most important part of the process, where the efficacy, side effects and dosage of the drug are tested rigorously. Dengvaxia also has other limitations; it is not equally effective across the age spectrum of patients and cannot be used on those who suffer from allergies or HIV.

The first made-in-India dengue vaccine is expected to offer a major breakthrough in combating dengue without side effects. Riding on the back of this finding, JNU can now earn some goodwill.