The Seduction of Music 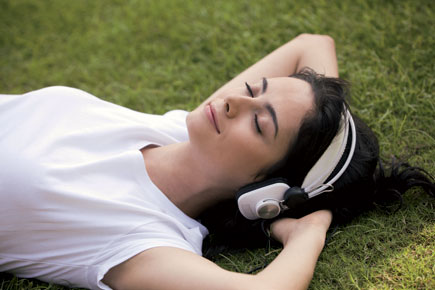 
What happens when an individual listens to a piece of music? Why is it that one finds pleasure in it? A new research study has found that when people listen to music, the nucleus accumbens or the ‘reward centre’ of the brain becomes active. Previous research had shown that this part of the brain becomes active and releases feel-good chemicals when people eat chocolate or have sex. The current study finds that the connections in the region become stronger depending on how much an individual likes the music.

The study, which was conducted by a team of Canadian scientists, was published in the journal Science. For its research, the team, with the aid of an MRI machine, studied the brain activity of 19 participants as they listened to 60 short clips of music. At the end of each clip, volunteers could choose to purchase the song if they liked it. Those who wanted to purchase it were allowed to bid for it—$0.99, $1.29 or $2. The team found that the livelier their nucleus accumbens was while listening to a particular song, the more money participants were willing to spend. The researchers claim that they could tell if an individual was enjoying a piece of music and whether or not s/he would purchase it just by looking at brain scans and levels of activity in their nucleus accumbens region.

The study can perhaps also explain why individuals prefer one piece of music over another. It finds that when an individual listens to music, the nucleus accumbens not only become active, this part of the brain also interacts with three other regions of the organ. One of these regions compares new songs to sounds heard before, another looks for patterns and the third checks for emotional ties. The experience of listening to a song will thus vary because each listener will have listened to different music in the past.

The researchers write in the journal: ‘We used functional magnetic resonance imaging to investigate neural processes when music gains reward value the first time it is heard. The degree of activity in the mesolimbic striatal regions, especially the nucleus accumbens, during music listening was the best predictor of the amount listeners were willing to spend on previously unheard music in an auction paradigm.’