The Genetics of Taming 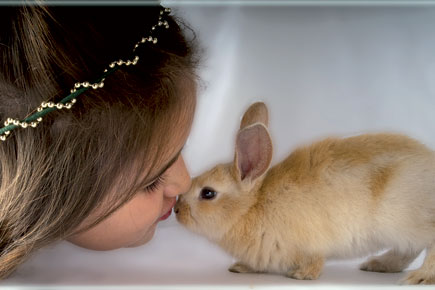 Somewhere between 9,000 and 15,000 years ago, human beings began domesticating animals like dogs, cattle, sheep, goats and pigs. This, along with learning to grow crops, has been one of the most important technological breakthroughs, as it allowed agriculture to develop. But what genetic changes occurred in wild animals that made them conducive to taming has long baffled the scientific community.

For the study, which was published in Science, the researchers studied the rabbit. Unlike other animals that were domesticated thousands of years ago, the rabbit was domesticated only about 1,400 years ago in France. It is claimed that the animal was domesticated at Catholic monasteries, as the Church had declared that young rabbits were not considered meat, but fish, and hence its flesh could be consumed during Lent.

After sequencing the entire genome of a domestic rabbit to develop a reference genome assembly, the researchers then sequenced entire genomes of domestic rabbits representing six different breeds and wild rabbits sampled at 14 different places across the Iberian Peninsula and southern France.