The Evolution of the Human Brain

Over the years, Homo sapiens have come to develop unique brain structures 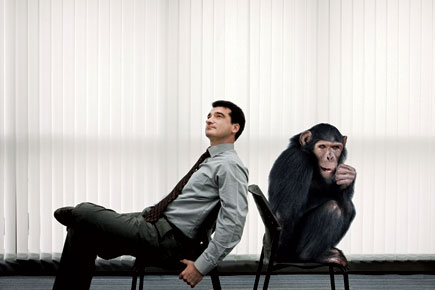 Over the years, Homo sapiens have come to develop unique brain structures


The evolutionary split of humans from monkeys took place around 25 million years ago. Since then, in humans, brain areas have disappeared, changed in function, or been added. However, for a long period, scientists have wondered if evolution could have actually led humans to develop unique brain structures. A new study published in The Journal of Neuroscience shows that this is indeed true. In the course of our evolution from our primate ancestors to human beings, new brain networks have come to be added.

The scientists found at least two functional networks in the human cerebral cortex that are absent in rhesus monkeys. The research shows that functions of structurally-preserved brain networks diverge over time. Human-specific networks have thus emerged during the course of human evolution. The scientists involved in the study claim that the unique brain areas of humans are primarily located high at the back and at the front of the cortex and are likely to be related to specific human cognitive abilities—like human-specific intelligence.

The study was conducted by University of Leuven in Belgium in collaboration with a team of Italian and American researchers. Functional brain scans of humans and rhesus monkeys were taken while the subjects were resting or watching a movie, to compare both the location and the function of cortical brain networks. They found that even at rest, the brain is extremely active. Varying brain areas that are active simultaneously during rest create what the scientists term ‘resting state’ networks. According to the scientists, while most resting state networks in humans and monkeys are similar, two networks unique to humans have been found (and a network unique to monkeys). The two unique resting state networks in humans react very differently to visual and auditory stimulation compared to monkey brains. This means that their function differs from that of any resting state monkey network.