Some people can age three years in a single year 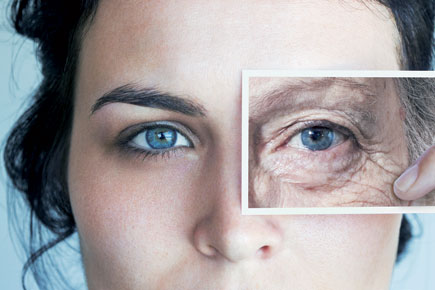 As the saying goes, people age at different rates. Some appear unblemished by age, while others can look much older than they actually are. Can people, influenced perhaps by lifestyle choices and the food they consume, age differently? And can ageing be measured?

A new study has done just that. It has measured ageing in a large group of people and found that people can grow old at radically different rates.

The study, published in Proceedings of the National Academy of Sciences, was conducted by researchers from several institutions, including Kings College in London and Duke University in the US. The researchers drew on data gathered on 871 people who were all 38 years old and part of another study—the Dunedin study, which was tracking the health of around 1,000 people born in a town of that name in New Zealand. They used 18 physiological markers, including metabolism, blood pressure and organ function, to assess the biological age of each participant.

The researchers found that while most of the sample’s 38-year-olds had biological ages close to their chronological age since their birth, there were also quite a few who were far younger or older. Many of them had biological ages in their fifties, while one participant had a biological age of 61: according to the researchers, for every birthday over the past dozen years, the body of this participant aged three years. People with older biological ages, when studied, fared poorly in tests that are typically undertaken by people aged over 60. These included tests of balance and coordination, but also mental tasks such as solving un- familiar problems. The biologically older people also reported more difficulty with daily activities like walking up a case of stairs.

The researchers hope that this test that they have developed to measure biological ageing can be used to detect premature ageing before young people begin to develop age- related ailments. The researchers write in the journal, ‘Our findings indicate that ageing processes can be quantified in people still young enough for prevention of age- related disease… The science of health-span extension may be focused on the wrong end of the lifespan; rather than only studying old humans, geroscience should also study the young.”