Why falling in love and getting drunk often feels the same 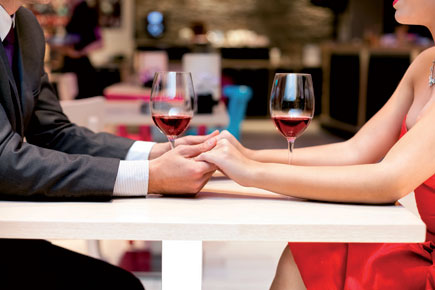 For centuries now, poets and writers have likened the feeling of love to all-out intoxication. A new scientific study has discovered that the effects of alcohol and love are actually quite the same.

Researchers from University of Birmingham in the UK write in the journal Neuroscience and Biobehavioral Reviews that oxytocin—often referred to as the ‘love hormone’ because it is produced when an individual is in love and is associated with maternal bonding, altruism and generosity —and inebriation can both lead to euphoria and negative emotions. The researchers found that not only can oxytocin, like alcohol, make lovers feel relaxed, happy and more confident, it can also provoke aggression, jealousy and arrogance.

For the study, subjects were tested to find out if the effects of drinking alcohol were similar to those of oxytocin. The love hormone was administered by a spray in a lab.

According to the researchers, the reason oxytocin enhances patterns of behaviour involving altruism, generosity and empathy while making us more willing to trust others is that the hormone appears to dampen social inhibitors such as fear, anxiety and stress in the same way that alcohol does. A dose of either compound enhances our perception of trustworthiness, which would further increase the danger of taking unnecessary risks.

Write the researchers: ‘The observation of the pro-social effects of [oxytocin] has led to speculation about the role the peptide might play in some psychiatric conditions and debate as to its potential therapeutic uses. Here we note the great similarity in the socio-cognitive effects that can be induced by [oxytocin] and the effects of acute consumption of modest does of alcohol.’

One of the researchers associated with the study, Dr Ian Mitchell told the New Zealand Herald, “We pooled existing research into the effects of both oxytocin and alcohol and were struck by the incredible similarities between the two compounds… They appear to target different receptors within the brain, but cause common actions. These neural circuits control how we perceive stress or anxiety, especially in social situations such as interviews, or perhaps even plucking up the courage to ask somebody on a date.”