In a study of rats, scientists discover a novel mode of brain-to-brain communication 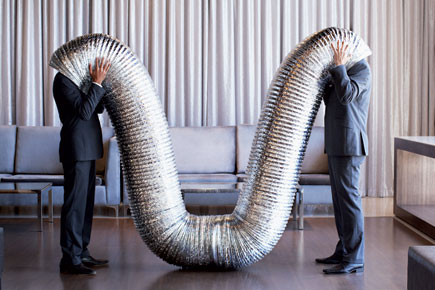 In a study of rats, scientists discover a novel mode of brain-to-brain communication


In what suggests the potential of linking multiple brains to allow sharing of motor and sensory information among groups of animals, scientists electronically linked the brains of pairs of rats. The rats were able to communicate directly with each other through their brains and solve simple behavioural puzzles.

For this recent study, published in Scientific Reports, microscopic electrodes were implanted into the brains of pairs of rats. Rats were able to pass on instructions to other rats in separate cages using a system of electronic encoding. The ‘encoder’ rat detected physical signals of where to find a food reward and passed on instructions to the ‘decoder’ rat (in another cage), which was then able to use the encoded signals of the first rat to find a similar reward in its own cage.

The communication permitted by this brain-to-brain interface proved to be two-way. A ‘behavioral collaboration’ between the pair of rats emerged when an encoder rat did not receive a full reward because the decoder rat made a wrong choice. When the decoder rat committed an error, the encoder changed its brain function and behaviour to make it easier for its partner to get it right. When the encoder made such adaptations, it was found that the decoder got the right decision more often than not. The researchers then decided to test the transmission limits of such brain-to-brain communication. An encoder rat placed in Brazil successfully transmitted its brain signals over the internet to a decoder rat in North Carolina and completed the task.

According to the researchers, this breakthrough represents an important advance in establishing new modes of communication between individuals using brain power alone. In the future, it is possible that this system can be developed and extended to a larger set of animals, apart from humans, they claim. “We will have a way to exchange information across millions of people without using keyboards or voice recognition devices or the type of interfaces that we normally use today…I truly believe that in a few decades we will know what it is to communicate in that way,” the researchers at Duke University Medical Center, North Carolina, told BBC News.