Still No Light on Dark Matter 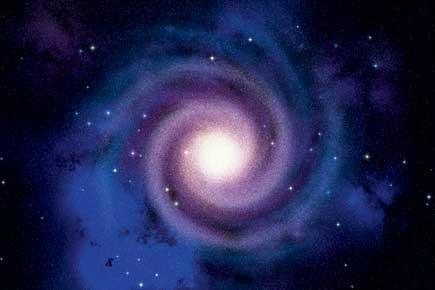 
Dark matter is a mysterious substance that cannot be seen, but makes itself felt by its gravitational attraction of material around it. This extra ingredient in the cosmos was originally suggested to explain why the outer parts of galaxies rotated so quickly, but dark matter now also forms an essential component of theories of how galaxies formed and evolved.

Today, it is widely accepted that this dark component constitutes about 80 per cent of all mass in the Universe, despite the fact that it has resisted all attempts to clarify its nature, which remains obscure. According to a European Southern Observatory (ESO) press release, ‘The most accurate study so far of the motions of stars in the Milky Way has found no evidence for dark matter in a large volume around the Sun. According to widely accepted theories, the solar neighbourhood was expected to be filled with dark matter. But a new study by a team of astronomers in Chile has found that these theories just do not fit the observational facts’.

A team using the MPG/ESO 2.2-metre telescope at ESO’s La Silla Observatory, along with other telescopes, has mapped the motions of more than 400 stars up to 13, 000 light-years from the Sun. From this new data, they have calculated the mass of material in the vicinity of the Sun, in a volume four times larger than ever considered before.

“The amount of mass that we derive matches very well with what we see—stars, dust and gas—in the region around the Sun,” says team leader Christian Moni Bidin. “But this leaves no room for the extra material—dark matter—that we were expecting. Our calculations show that it should have shown up very clearly in our measurements. But it was just not there!” Astronomers’ existing models of how galaxies form and rotate suggest that the Milky Way is surrounded by a halo of dark matter. But only very unlikely shapes for the dark matter halo—such as a highly elongated form—can explain the lack of dark matter uncovered in the new study.”