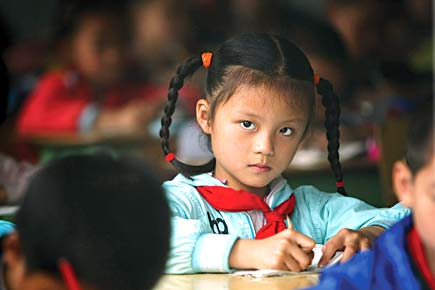 
Pollsters in India never seem to get it right, despite their claims about sampling huge numbers across the country. If they had read a recent paper in Science they would have realised all they had to do was head to the nearest kindergarten and ask children what they thought of each candidate.

According to the paper by John Antonakis and Olaf Dalgas at the University of Lausanne in Switzerland, ‘Young children, who are less experienced than are adults in observing performance in complex domains, playing an innocuous game can predict election results retrospectively. These findings suggest that voters are not appropriately weighting performance-based information on political candidates when undertaking one of democracy’s most important civic duties’.

The game was simple. The authors of the study asked (among others) children ranging from the age of five to 13 in Switzerland to participate in a game involving a computer-simulated trip from Troy to Ithaca. They had to choose the captain of their boat among a pair of faces taken from actual election races in another country. The naive prediction by children who had no knowledge of the competence of any candidate matched the actual winner in a French Parliamentary race.

Children did as well as adults on the game, and these findings confirm a host of other research on elections ranging from Finland to Mexico that suggest appearance may be far more important than substance in how we judge our leaders. It would be interesting to see what the results would be for such a study in India, where caste and community play a major role. What is clear is that changing Indian demographics is taking us in the same direction. Researchers at MIT have found that candidate appearance has the strongest impact on voters with little political knowledge and who spend a lot of time in front of their TV screens.

This finding seems to be a perfect description of the direction in which the urban Indian electorate is heading.