That it is happening is not in doubt. The implications, though, are far from clear 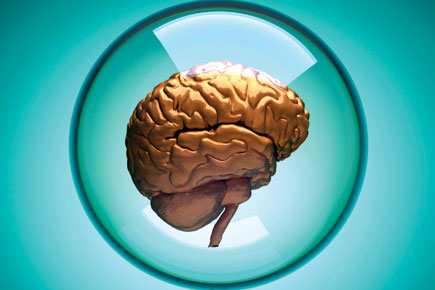 That it is happening is not in doubt. The implications, though, are far from clear


The human brain has been shrinking in size for the past 30,000 years. The male brain has shrunk from 1,500 cc to 1,350 cc; the loss in size of the female brain is similar. An article in Discover magazine has summarised this finding and raised the question of whether this implies we are dumber. Brain size, of course, is not directly correlated with intelligence (otherwise whales would be so much smarter), but the question here relates to brain size adjusted for body size. John Hawks, University of Wisconsin anthropologist whose work is prominently cited in the piece, has written on his blog: ‘Body size also did get smaller during the past 50,000 years, which gives rise to the question of whether the brain has reduced “more than should be expected” from the reduction in body size. My research indicates that it has done so… but I would not say this is yet a consensus view.’  Hawk cites a possible reason for the decrease in brain size: ‘The most common explanations for a reduction in brain size are (a) diet and the consequent reduction in body size; and (b) warmer Holocene (a geological age beginning some 12,000 years ago) climate. Larger brains are always bad, in that they require more development and time, so what we are looking at in the Holocene is a change in the stabilizing selection—either an intensification of selection against larger brains, or a relaxation in selection against small brains.’ Hawks himself has argued that this implies human brains have become more efficient and hence probably smarter. The jury is still out.

Others have argued that the reason we could afford a decrease in brain size is that culture or society itself does part of our thinking for us, an option not available to individuals living in small groups as would have been the case some 30,000 years ago.