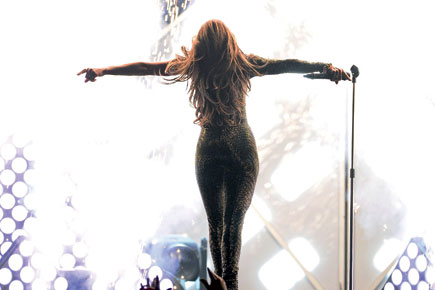 Why is there such a fascination among men for a generously endowed female posterior? This infatuation among modern men, evident in global pop culture, is all- pervasive. And the female derrière is more in the spotlight than ever before, with singers like Nicki Minaj, Jennifer Lopez and Iggy Azalea celebrating their hind curves in hit songs, and the likes of Kim Kardashian establishing a thriving career on hers. Is there more to this infatuation?

For the study, which was conducted by researchers of Bilkent University in Turkey and published in Evolution and Human Behavior, around 300 men were shown female silhouettes that had lumbar or spinal curvatures ranging from 260 to 610 and asked to rate them on their attractiveness. A curvature of about 45.50 was found to be the most attractive. According to the researchers, such a curvature allows for evolutionary advantages in pregnancy without posing risks of back pain or the possibility of slipped disks. It allows women to stay mobile throughout pregnancy with a lower risk of injuring themselves.

The researchers argue in the journal: ‘We tested novel a priori hypotheses based on an adaptive problem uniquely faced by ancestral hominin females: a forward- shifted center of mass during pregnancy. The hominin female spine possesses evolved morphology to deal with this adaptive challenge: wedging in the third-to-last lumbar vertebra. Among ancestral women, vertebral wedging would have minimized the net fitness threats posed by hypolordosis and hyperlordosis, thereby creating selective pressures on men to prefer such women as mates. On this basis, we hypothesized that men possess evolved mate preferences for women with this theoretically optimal angle of lumbar curvature.’