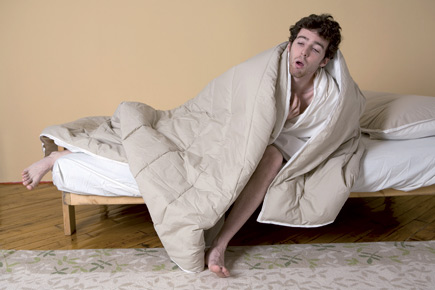 Why do some people after an entire night of binge drinking suffer from little or no hangover, while others who have had the fewest of drinks need to call in sick? According to a new study, it is all in the genes.

While factors like the pace at which an individual drinks, whether one eats while drinking, and one’s general tolerance towards alcohol also play a part, the study found that a person’s DNA plays a major role.

For this study, which was conducted in Australia and reported in Live Science, about 4,000 middle-age people from the Australian Twin Registry participated in a survey, reporting their experiences with hangovers and alcohol intake. The participants had to recount how many times they had gotten drunk in the past year, along with their ‘hangover frequency,’ and their ‘hangover resistance’ which was whether or not they had ever experienced a hangover after getting drunk.

Scientists found a strong link between identical twins in reports of hangover frequency and resistance, suggesting there are genetic similarities that play a part in determining if a person will fall victim to a hangover. The results showed that genetic factors accounted for 45 per cent of the difference in hangover frequency in women and 40 per cent in men. This means genetics accounts for nearly half of the reason why one person experiences a hangover and another person doesn’t after drinking the same amount of alcohol. Interestingly, the researchers discovered that people who possess the genetic variants involved in increasing the risk of suffering a hangover also tend to drink in excess more regularly than those lacking the hangover genes. The researchers suggest that genes which dictate how often a person is struck by a hangover may also control how frequently they get drunk; there may also be a genetic link to alcoholism, it seems.

Lead researcher of the study Wendy Slutske told Live Science, “With drinking alcohol, it is not ‘one size fits all’. People are different in their ability to consume alcohol without experiencing adverse consequences, such as having a hangover… We have demonstrated that susceptibility to hangovers has a genetic underpinning. This may be another clue to the genetics of alcoholism.”