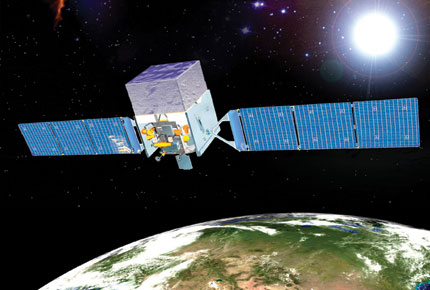 
Physics today comprises two fundamental theories both tested to the limits of our technological capacities. Both work wonderfully well in their domain: Einstein’s general theory of relativity, dealing with gravitational force, describes the very large (the motion of stars and galaxies) and Quantum Mechanics, which unites all other fundamental forces and deals with the very small, where gravity is negligible (the domain of fundamental particles). The trouble is these two theories have proved almost impossible to reconcile mathematically. As scientists have begin to probe the very beginnings of the universe or tried to understand what happens near a black hole where sizes are very small yet gravitational effects are very large, the incompatibility has proven hard to ignore.

Several theories have tried to bridge the gap through some very elegant and esoteric mathematics—including several types of string theories. The criticism of these theories has rested on the fact that they cannot be tested experimentally. Now a recent observation by the Fermi Gamma Ray space telescope has put them within the ambit of observation. Several of these predict that at the very smallest scale space is discrete rather than continuous. This possible graininess of space is impossible to probe with our technology, but light travelling at very high energy with wavelengths comparable to the graininess would be impeded and should travel slower than light with less energy, a prediction at variance with Einstein’s theory.

According to a study published in Nature, the telescope spotted a short gamma ray burst 7 billion light years away, and the gamma rays of shortest wavelength arriving around 0.829 seconds after the first rays were detected. The difference of less than 0.9 seconds while travelling for 7 billion years is so small that it rules out graininess above a certain size. “This measurement eliminates any approach to a new theory of gravity that predicts a strong energy-dependent change in the speed of light,” says Peter Michelson, professor of physics at Stanford University and principal investigator for the telescope (LAT), “To one part in 100 million billion, these two photons travelled at the same speed. Einstein still rules.”