Our best friends know when we are happy or sad. And they prefer us happy 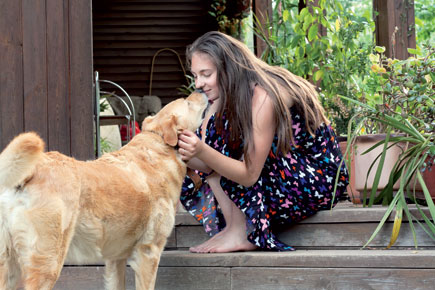 Are humans the only animal species that can understand and discriminate between various emotional expressions? According to a new study, there is one more species that can do just that: our best friend, the dog.

The study, published in Current Biology, finds that dogs can tell from a facial expression whether a person is happy or angry. Not only can they tell that these two expressions have different meanings in the people they know well, but even for faces they have never seen before.

For the study, 11 dogs—which included border collies, a fox terrier, a golden retriever, a German shepherd, and some mutts—were first trained to discriminate between images of the same person making either an angry or happy face. Some dogs were rewarded with treats every time they picked out a happy face, while others were treated for picking out an angry face. Some dogs were trained only on the upper half of the human faces, while others were shown only the lower half, the idea being to train them to identify expressions, for instance, just from a wrinkle or a twinkle in the eye. The researchers then tested the dogs’ abilities to detect facial expressions. The dogs were shown slightly different images from the ones they were trained with. Among other variations, some of the dogs were shown the same half of the face they were trained with, but alongside an image of someone else.

The dogs were able to distinguish the facial expressions, even when it was the face of someone unfamiliar. However, the researchers found that dogs could pick out happy faces more than angry faces. “It appears likely to us that the dogs associate a smiling face with a positive meaning and an angry facial expression with a negative meaning,” says Ludwig Huber, senior author and head of the group at the University of Veterinary Medicine Vienna’s Messerli Research Institute, in a press statement. According to him, the dogs were slower to learn to associate an angry face with a reward, suggesting that they already had an idea based on prior experience that it’s best to stay away from people when they look angry.