By the Sweat of a Man

Women, far more than men, can sniff out male body odour. Their sense of smell may be attuned to detecting genetic incompatibility 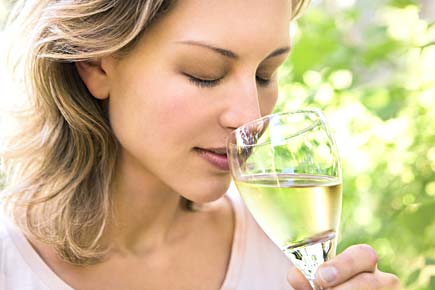 Women, far more than men, can sniff out male body odour. Latest research on the subject suggests women’s sense of smell may be attuned to detecting genetic incompatibility


Women, far more than men, can sniff out male body odour. Latest research on the subject suggests women’s sense of smell may be attuned to detecting genetic incompatibility

What connection could body odour have with the selection of a mate? Plenty, seems to be the whiff from the latest research on the subject.

Women, it seems, have better attuned noses for detecting body odour. This may not come as much of a surprise to most men, but the devil lies in the details. Women’s noses seem particularly, and stubbornly, attuned to detecting male body odour.

According to a study published in Flavour and Fragrance, while underarm odour smelt equally strong to women and men, the former were much better at detecting it even after fragrance was introduced. Of the 32 fragrances tested, only two successfully blocked the odour when women were doing the smelling, as opposed to 19 when men’s noses were at work.

George Preti, the organic chemist at Monell Chemical Senses Center, who was part of the team that carried out the study, points out that the biological cost of bearing a child is far higher for women, hence they are ‘more biologically attuned to who they’re mating with’. In fact, scientists believe the sense of scent in mammals has evolved to detect evidence of genetic incompatibility in a potential mate.

Under a scan, women’s brains responded very differently to the two kinds of sweat, and Chen has hypothesised that the female brain can recognise an emotional component in the ‘sexual’ sweat. Of course, this research has practical spin-offs. The two most effective fragrances in the study have since been used in commercial deodorants. So, for all those men heading out to buy spray-cans, it may make sense to take a woman along. She can smell what you can’t.