Breaking Up and Moving On 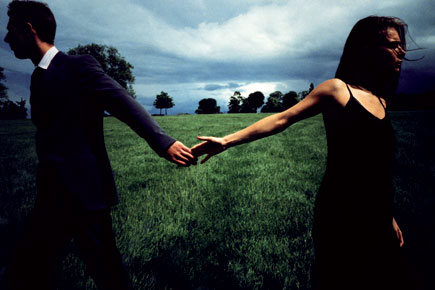 Falling in love with one another is a fundamental human experience that’s prevalent throughout cultures and geographic locations. But just as love is a distinct human emotion, could breaking up also be hardwired into our brains?

A new study reveals that human brains are programmed to handle falling out of romantic relationships and getting into new ones. According to the study’s researchers, our brains are designed by natural selection to pull us through a breakup, and enable the pain we experience as a result to lessen and go away with time. They also claim our brains actually facilitate the severing of romantic ties. This ability to successfully endure heartbreak and move on to a new relationship, the researchers argue, allows us to fulfil the evolutionary imperative of reproduction.

Conducted by researchers from Saint Louis University, Florida State University and the University of Cincinnati in the US and published in Review of General Psychology, the study is a review of other evolutionary psychology studies about love and breakups. These studies were analysed and the researchers kept track of the process of moving on from one romantic relationship to another. They also analysed brain scans of men and women who claimed to be deeply in love. The MRI scans revealed an increase in neuronal activity in the pleasure parts of the brain, those areas that become active when substances like cocaine are used. Falling out of love, hence, the researchers argue, might be compared to asking a drug addict to break his or her habit.

The researchers found that men and women on most occasions break up for different reasons. According to them, men are more likely to end their relationships over the sexual infidelity of their partners. They argue that this might have an evolutionary underpinning, with men being wired to try and avoid raising children that aren’t genetically his own. Women were found to be more likely to break up if her partner has been ‘emotionally unfaithful’, with the researchers arguing that natural selection has conditioned women to avoid a possible loss of resources that could harm the upbringing of a child.