It is never too late to quit smoking. Not even when you’re past 80 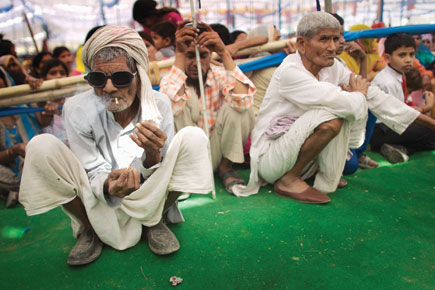 It is never too late to quit smoking. Not even when you’re past 80


This is something everyone knows, and yet another study has shown how smoking can kill, but with a twist. Most smoking research is done on middle-aged people, but how exactly smoking affects those who are over 60 has not been properly studied. But it is known that aged smokers think either that they are unaffected or that it is too late to do anything about their habit. On both counts, they are wrong, according to a study published in Archives of Internal Medicine.

Researchers Carolin Gellert, Ben Schöttker and Hermann Brenner of the German Cancer Research Center in Heidelberg did a meta study, which means they didn’t conduct primary research but instead used the findings of 17 other studies from different countries that included USA, China, Australia, Japan, Spain, England and France, and found that even people who were above 80 lived a longer life if they quit smoking.

That smokers and former smokers had a greater probability of dying sooner was clear in all the studies they used. The authors wrote, ‘Summarizing the results from 17 cohort studies, we observed an 83 per cent increased mortality for current smokers and a 34 per cent increased mortality for former smokers compared with never smokers.’ Also, the more you smoked, the greater the risk—‘A dose-response relationship of the amount of currently smoked cigarettes and premature death was consistently observed. Current smoking was significantly associated with increased mortality even in the oldest age groups, for both sexes and people from different geographical regions.’

The faster someone stopped smoking, he or she stood a greater chance of living longer and the gap between them and non-smokers decreased over time—‘Former smokers…had an increased mortality…but excess mortality compared with never smokers clearly decreased with duration of cessation.’ The silver lining in a smoky horizon was that there is good reason to stop smoking no matter what your age. Quitting immediately increases your lifespan. They wrote, ‘Benefits of smoking cessation were evident in all age groups, including subjects 80 years and older.’