A Long Rope and a Good High 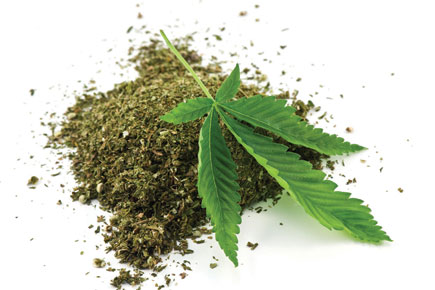 
There seems to be little in common between a long rope and a good high, but they come from closely related plants. Both are byproducts of plants from the Cannabis genus, which while closely related, differ a great deal in some key properties. While hemp seed oil is rich in omega 6, an essential fatty acid, and its fibre is used in the production of fabrics, marijuana is known for its mind-altering properties and has been used medicinally for over 2,700 years.

This functional difference is related to the amount of tetrahydrocannabinolic acid or THCA each plant contains. While hemp contains less than 1.5 per cent of the substance, marijuana possesses a minimum of 4 per cent, going up to almost 20 per cent in some cases. This, of course, is responsible for the marijuana high. Hemp plants, on the other hand, are much taller and stronger than the fragile marijuana plant, contributing the fibre for much of the rope in
common use.

An article published in the open access journal Genome Biology details new work by scientists who have decoded the Cannabis genome. When they compared the genome of the marijuana plant with hemp, they located the gene complex responsible for the key difference between the two plants, which effectively switches on the production of THCA.

According to lead researcher Jon Page, the analysis “showed that the THCA synthase gene, an essential enzyme in THCA production, is turned on in marijuana, but switched off in hemp.’’ In case of hemp, they found that another gene complex responsible for another enzyme CBDA was switched on while it was switched off in the marijuana plant. This enzyme competes for the same raw material as the THCA enzyme. The scientists suggest that it was the process of domestication and cultivation that caused this key difference between the otherwise similar plants.