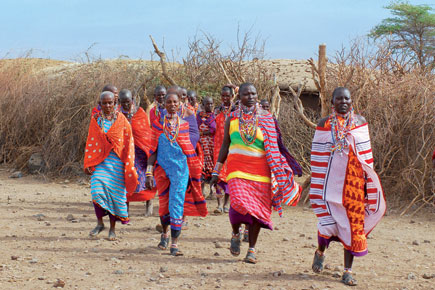 Researchers from Oxford University radiocarbon dated 20 marine shells found at the top 15 metres of an archaeological site in Lebanon called Ksar Akil. The shells were perforated, suggesting they were used for decoration either on clothing or the body, which was a trend unique to modern humans. Upon radiocarbon dating, the researchers found that the shell beads are between 42,400 and 41,700 years old, roughly the same period modern humans are supposed to have reached Europe.

Explaining the objectives of their research, the authors write in the journal: ‘The Levant represents a land bridge connecting Africa, Asia and Europe and has often been viewed as a region of high palaeoanthropological significance… Important examples of human fossils in such contexts were recovered 75 years ago at Ksar Akil in Lebanon. The site and the fossils, however, lacked a secure absolute chronology, which is the focus of the present paper. We believe these data may help further our understanding of the timing and geographic context of the dispersal of AMH (anatomically modern humans) into Europe.’

According to the lead author of the study, Dr Katerina Douka, instead of the Middle East being the single point of origin for modern humans heading for Europe, they may also have used other routes. She told the Daily Mail, “A maritime route across the Mediterranean has been proposed although evidence is scarce. A wealth of archaeological data now pinpoints the plains of Central Asia as a particularly important but relatively unknown region which requires further investigation.”