An Icing on Brexit 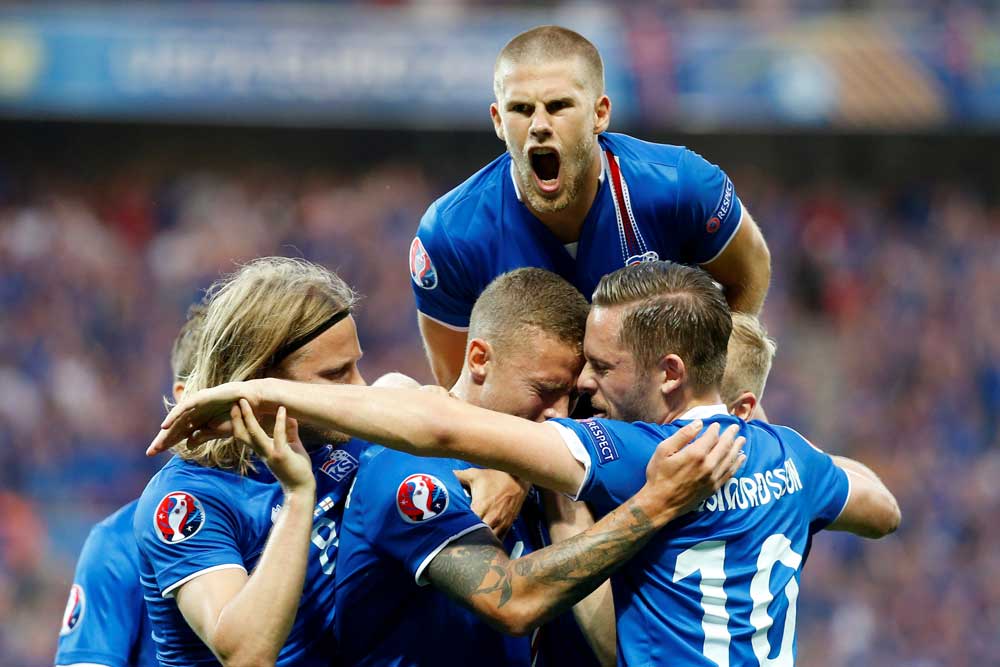 HOW DOES A country with just a little over 100 professional footballers defeat Britain, with all its Premier League teams and stars who make millions of pounds? Some indication of the answer is in Anil Kumble and Harbhajan Singh’s batting. When these bowlers started their careers, they couldn’t hold a bat properly and their scores stayed in single digits most of the time. But after a few hundred matches under their sleeve, they had become mediocre batsmen in their own right. What happened to them, and to many such bowlers, is the power of association. In the company of great batsmen and playing against great bowlers, you develop your skills, almost inadvertently, despite no obvious acumen.

If Iceland’s handful of professional footballers had remained cooped up on that island, they would probably find it tough to even beat the Indian team. But Iceland is part of the European football ecosystem and the exposure these players have has taken them up to par with the rest of the continent. Once that base criterion is achieved, they might not defeat Britain usually, but on a good day they could, and did.

Cultural mimesis, or the transfer of ideas and abilities by association, has much to do with Europe conquering and dominating the world during colonial times, and why small countries like Portugal, Holland and Britain could end up owning those many times their size. Warfare is often the most aggressive of such transfers because a country’s survival depends on keeping up with its neighbour. But even after there is the equilibrium of peace, small becomes powerful when it considers itself part of a larger identity; in all fields from the arts, religion, philosophy, science, politics and even sports. That is how a country like Switzerland produces top tennis players like Roger Federer or Romania and other East European countries suddenly developed the best gymnasts in the world as part of the Communist bloc.

Britain has willed part isolation, almost catching itself by surprise. The question before the world now is whether this is an idea that will see itself transferred and imitated across Europe or whether the idea that brought Europe together as a political unit will prevail even if as a cultural construct it is bigger than such moments in history. Till then, for Britain, there is the discomfort and humiliation of being the odd one out. It is a position that the country has been comfortable with in the past because it was cut off from the mainland, but that is a period in history when geography exercised a bigger say over human affairs. Soon after the Iceland victory, a commentator from that country yelled on television, “You can go home. You can go out of Europe. You can go wherever the hell you want.” The world is knit more intricately now and for lone wolves to be admired, they had better be successful.