State governments are turning to vipassana to control stress among staff 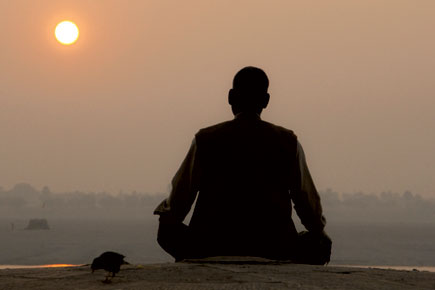 State governments are turning to vipassana to control stress among staff


The Maharashtra cadre IAS officers’ training programme makes it mandatory for participants to attend a 10-day vipassana session. One such IAS officer, who didn’t want to be named, admits he was nervous when sent to the Vipassana Research Institute in Igatpuri in 2011—after all, he had to do with no phones, no newspapers and, most worryingly, no conversations.

At the vipassana centre, he found himself in a small room overlooking the hills, but bereft of furniture. At 4 am each day, there were calls for them to wake up and meditate, but he would revolt and skip that session, only to start at 6 am. He and others resistant to the idea would steal moments on their way to meals or meditation sessions to whisper to each other, only to be chastised by stern looks from the staff. After a point, though, the officer says, the mind starts to adapt to the silence. You can control it and understand why every emotion is temporary.

It was only later, the officer says, that he understood the benefits of meditation to his work. “It lets you focus. In the long run, it helps you do your job better as we deal with stressful schedules. But rather than making it compulsory, they should make it voluntary. Only then will it really work. Also, perhaps they could shorten the duration,” he says. While vipassana has been a part of the curriculum since 1996, it was discontinued for a while after some officers protested, but later resumed.

Maharashtra is not the only state to turn to vipassana for efficiency and stress management among its staff. While Gujarat encourages its police personnel to sign up for this meditation course, Andhra Pradesh grants teachers special casual leave for it. Tihar Prison Complex in New Delhi, too, has its inmates practice the technique, the logic being that they would then be able to control their violent emotions. Ratnakar Gaikwad, Maharashtra’s chief secretary who has been practising vipassana for 18 years, even wrote to his counterpart in Chhattisgarh in 2011 explaining its value in a government servant’s life.

However, ten days of isolation may not be everyone’s cup of tea. “I felt disoriented after the session, and when I went home, I applied for three days of leave so I could re-orient myself to my environment,” the IAS officer in Maharashtra says. “I know it will help me. But it will help me if I do it willingly.”