Wasn’t the telecom scam like the housing scam? And the loan scam? 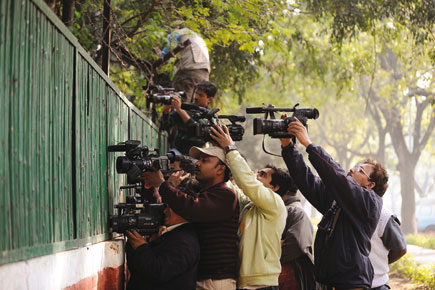 Wasn’t the telecom scam like the housing scam? And the loan scam?


Year 2010 was perpetual déjà vu for the country. Wasn’t the telecom scam like the housing scam? And the loan scam? Which was also a bank scam and somehow a real estate scam? This is a primer to all those unforgettable scandals that we, for no fault of ours, forgot.

Adarsh Housing society: Politicians, bureaucrats, and army personnel who had nothing to do with the Kargil war were given flats improperly in a building in Colaba, one of Mumbai’s oldest, and more exclusive, localities. It claimed the state’s Chief Minister, Ashok Chavan, who went out fighting.

Discounted loans to real estate companies: On 24 November 2010, the CBI arrested several top officials of banks and financial institutions across India. The loans scam, as it was called, allowed real estate companies to take loans at lower rates of interest from these organisations, thanks to bribes.

IPL teams: One tweet set the ball rolling. Lalit Modi claimed that a friend of Shashi Tharoor, Sunanda Pushkar, held a stake in the consortium behind the Kochi team. A bitter fight ensued; Tharoor resigned from the Government. Meanwhile, Modi retired to London, from where he dug in for a protracted battle with the BCCI and his arch-nemesis N Srinivasan.

The Commonwealth Games: Investigations revealed handouts, overpaid personnel, and improper contracts. It told us there was money in sport, but not if you were a sportsperson.

The food grains scam: A multi-crore scam in which food meant for local schemes in UP was shipped out of the state, even the country.

Finally, the 2G scam: You pretty much know everything there is to know about this one already, don’t you?