Rooms with a View

At Manora, the 16-storey MLA hostel in south Mumbai, legislators quarrel over getting sea-facing quarters. 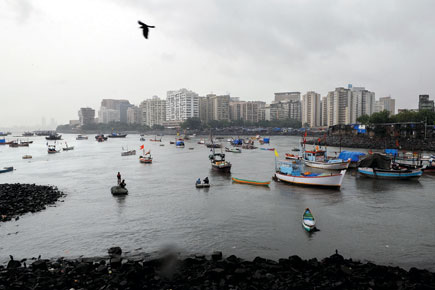 At Manora, the 16-storey MLA hostel in south Mumbai, legislators quarrel over getting sea-facing quarters.


Recently Mangesh Sangle, a newly-elected legislator from the Maharashtra Navnirman Sena, came back to his room (self-contained flat actually) at Manora, the MLA hostel, to find the door broken open. Enquiries revealed the culprit was another MLA, Congressman Rahul Bondre. Bondre was unrepentant. He claimed to have been allotted it. A raucous war of words followed which has spilled over into newspapers. Complaints have been filed. But neither Sangle nor Bondre is willing to give up for a simple reason: the room has a sea view.

At the 16-storey Manora bulding, everyone wants a room looking out at the sea.  Some years ago, two ministers were caught in a fight over such a room. The Chief Minister and Deputy Chief Minister had to intervene to sort out the issue. Located in south Mumbai, opposite the Vidhan Bhavan, Manora is a complex comprising four towers—A, B, C and D. A and D have the maximum number of sea-facing rooms and the maximum demand. In comparison to the four other MLA hostels in South Mumbai, Manora is not only better looking but also has more open space. The rooms are bigger, the fittings and fixtures plusher and the view worth the trouble. The sea stretches out for miles with ships dotting it while the sunsets are picture perfect.

Legislators invent various reasons for wanting a sea view. One, who prefers to be anonymous, explains his necessity. “That is my good direction. I do not want to be in an unlucky room. I am not just anybody, I am an elected representative, so why should I not ask for what I want,” he says. Most occupants of sea-facing rooms, in fact, do not find time for sea gazing given the schedule in Vidhan Bhavan. The real reason for wanting the room is that it is a matter of prestige. Those at the topmost floors are most sought after.

Though allocations are made randomly by the state legislature, influence and seniority play a role.
BJP general secretary and member of the Legislative Council Vinod Tawade acknowledges that squabbles over room allotment are common. “Not only first time legislators but even ministers fight over these rooms. It gives legislators a bad name,” he says.

The staff at Manora are used to it and sneer at the pettiness of their elected representatives. “We used to think that they are big people but they are very small-minded,” says a cleaner there. The complex also has its share of scandals and a thriving ‘grapevine’.  One of the juicier tales is about a former minister’s wife conducting a late-night sting operation. She found him in a semi clad state with another woman and then proceeded to slap him in full public view. It is not known whether he learnt his lesson.