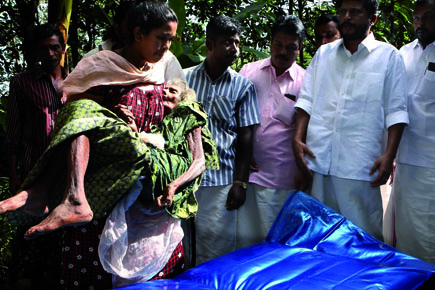 
When Chinnammu Bhadran, a native of Ranni in Pathanamthitta district, Kerala, died last week, she was 115 year old. At least that is what her voter identity card said. That would make her the oldest woman in the world were it not for the fact that even the Election Commission does not stand by its record. “Voter’s ID card is not a proof of one’s age,” says Nalini Netto, Chief Electoral Officer in the state. “We only confirm that the person is above 18. In case of old people who do not have any document of proof, we rely on what they say.” The Commission also examines the age of other family members to make an estimate.

If the claim were true and there was proper documentary evidence, Chinnammu would have surpassed Misao Okawa, a 115-year-old from Japan, listed as the oldest woman in the Guinness Book of World Records. Her relatives claim Chinnammu was in fact older by at least 20 years. “The election identity card was issued in 1998. I am not quite sure how old she was then. I am told that she was 120 but the Election Commission put it down as ‘100’ based on statements collected from the locality,” says Omana Saji, granddaughter of Chinnammu, with whom she lived.

Chinnammu passed away only a few days after being felicitated by the local MLA and Panchayat on the occasion of International Day of Older Persons on 1 October. She had led an active life and it was only a month ago that she finally became bedridden due to age related ailments. Saji believes it was her love for walking that kept her healthy. “Grandma used to walk around ten kilometres a day. She often walked to the market which is six to seven kilometres away from home. She did not have the habit of waiting for the bus at the stop. She would just walk and then board the bus if it came while she was on her way,” said Saji.

Saji rarely saw her grandmother falling ill or taking medicines. She was very fond of fish. She was a familiar sight to the locals of Ranni. “We all knew her and often met her on the road,” says Benny P, block panchayat member. Chinnammu’s husband Bhadran had passed away 40 years ago.