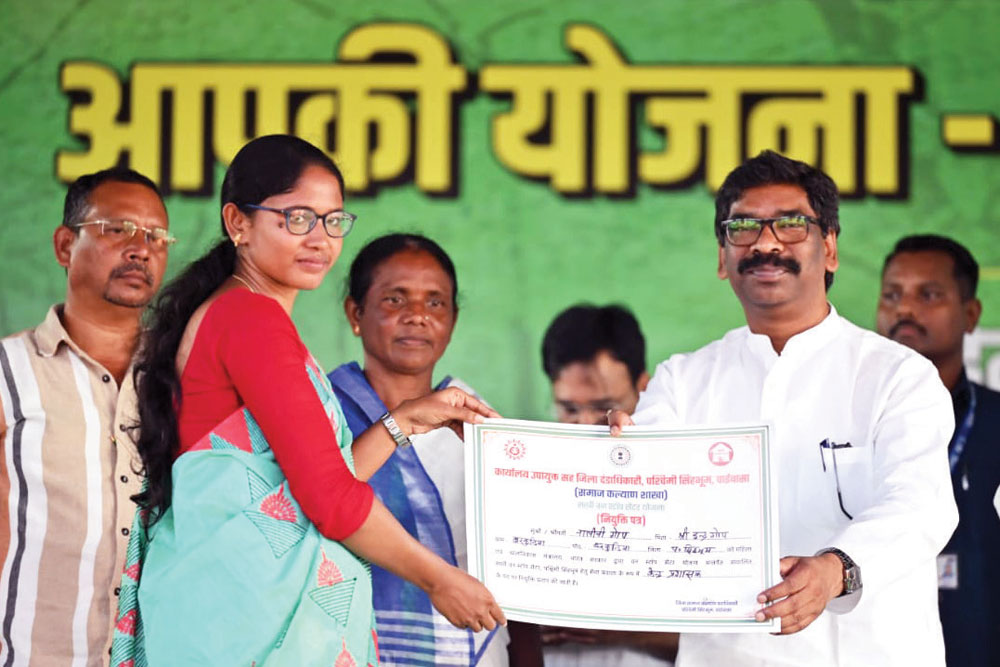 Every year, November 15 is celebrated as Jharkhand Statehood Day. There is indeed much to celebrate in Jharkhand, where the people come first, and the governance philosophy is ‘SarkarAapke Dwar’ (‘Government at Your Doorstep’). Not only essential services, the Government of Jharkhand is also providing doorstep delivery of a range of welfare schemes, which have lakhs of beneficiaries among its citizens. The Government’s proactive approach has completely transformed governance in the state. In Jharkhand, it is truly a case of ‘Aapki Yojana, Aapki Sarkar, Aapke Dwar’ (‘Your Scheme, Your Government, Your Doorstep’).

The Government of Jharkhand has relaunched the scheme in two phases that guarantees doorstep delivery of select welfare schemes besides offering on-the-spot grievance redressal and hassle-free processing of applications. Total applications received 54,30,406* out of which 34,90,710* applications have been disposed of and 19,39,696* applications are under process. 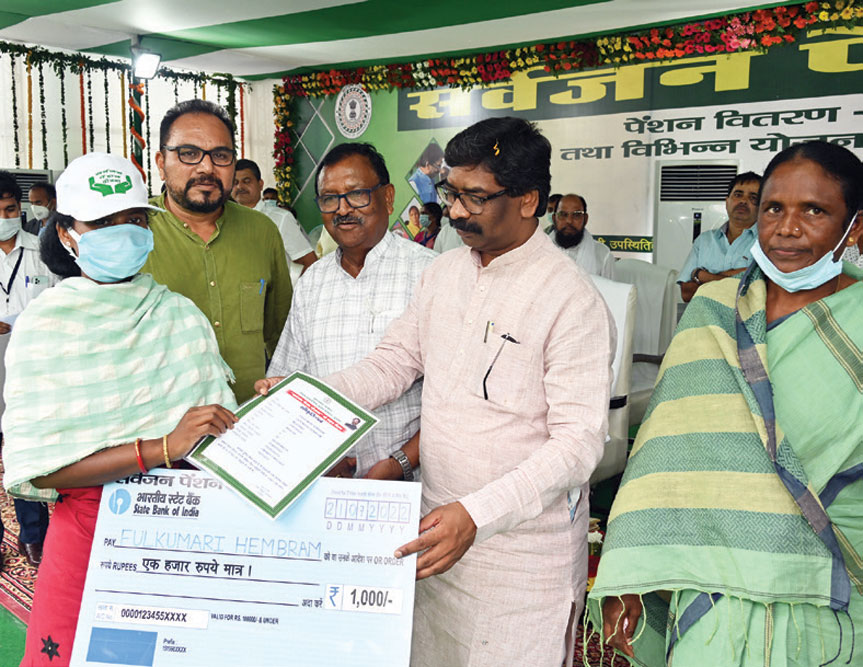 For the first time after the state formation all eligible beneficiaries are getting the benefits of the Sarvajan Pension Yojana regardless of any capping. 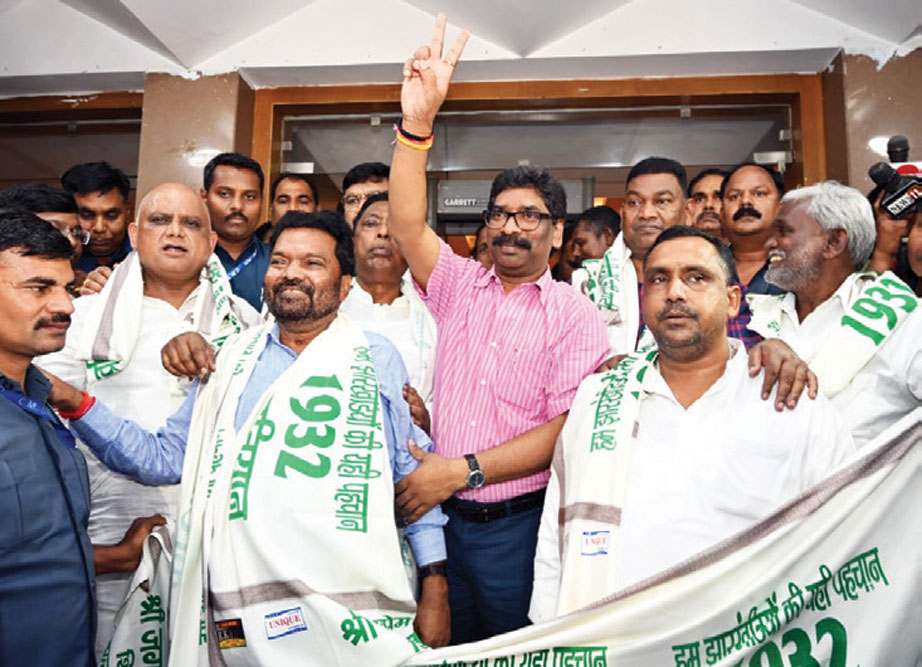 The Jharkhand Cabinet gave approval for the draft of the “Local Resident of Jharkhand Bill” with the aim to define the local, basing 1932 as the cut-off year for the “proof of land records” for this purpose. This is a pertinent step towards cultural preservation and honouring the customs and traditions of the moolwasis. 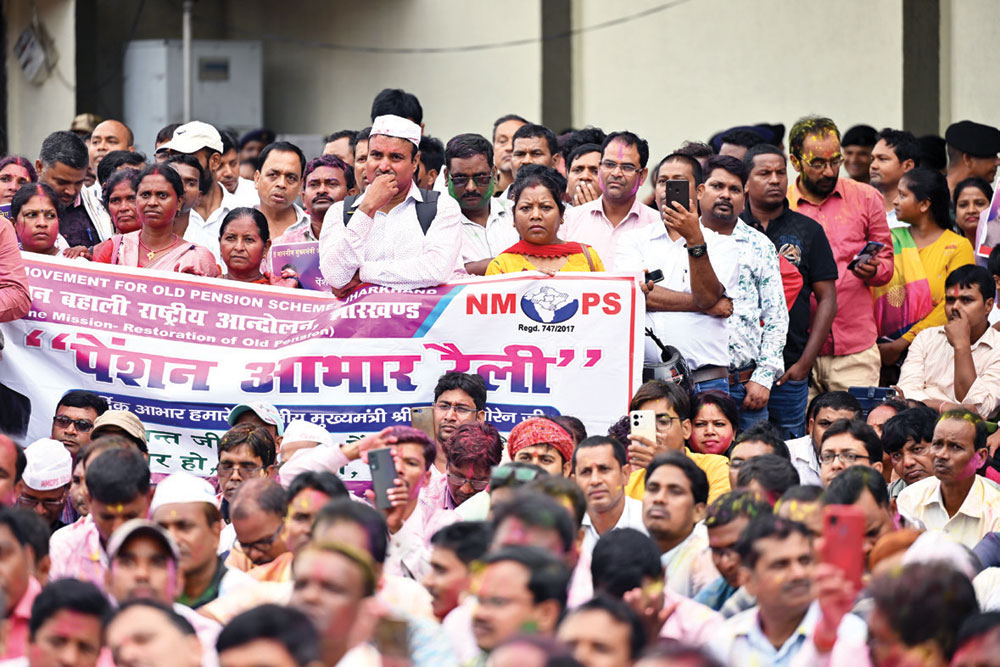 Jharkhand has restored the Old Pension Scheme. The step has been received with great euphoria and elation by lakhs of government employees and their families who shall be benefited by it. Restoration of the Old Pension Scheme is not just the delivery of a key poll promise but also a reflection of the Chief Minister’s commitment to better serve those who serve the state. 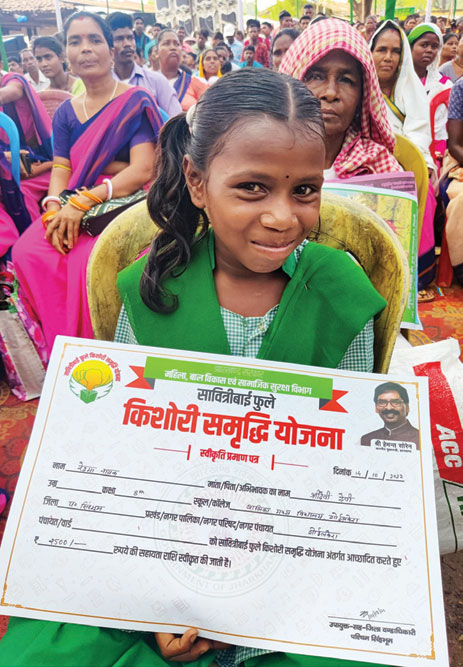 The Savitribai Phule Kishori Samridhi Yojana aims to facilitate education of girls with financial assistance of up to Rs 40,000. The scheme is expected to benefit pproximately 9 lakh girls. 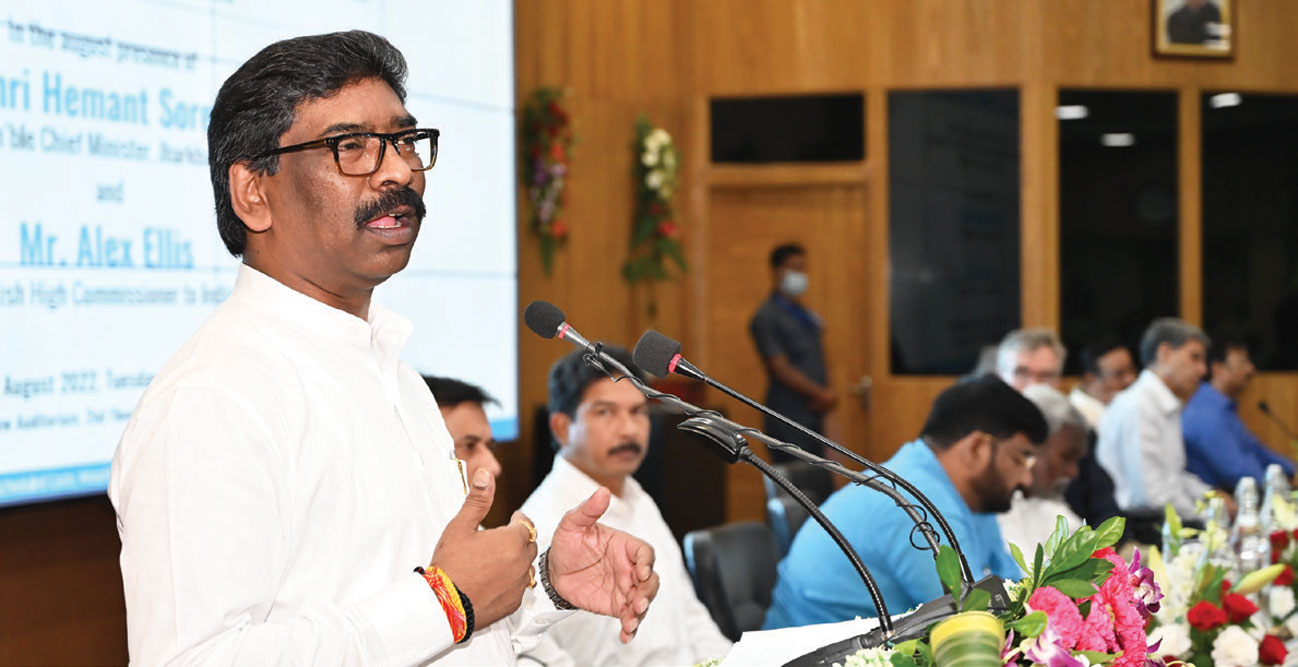 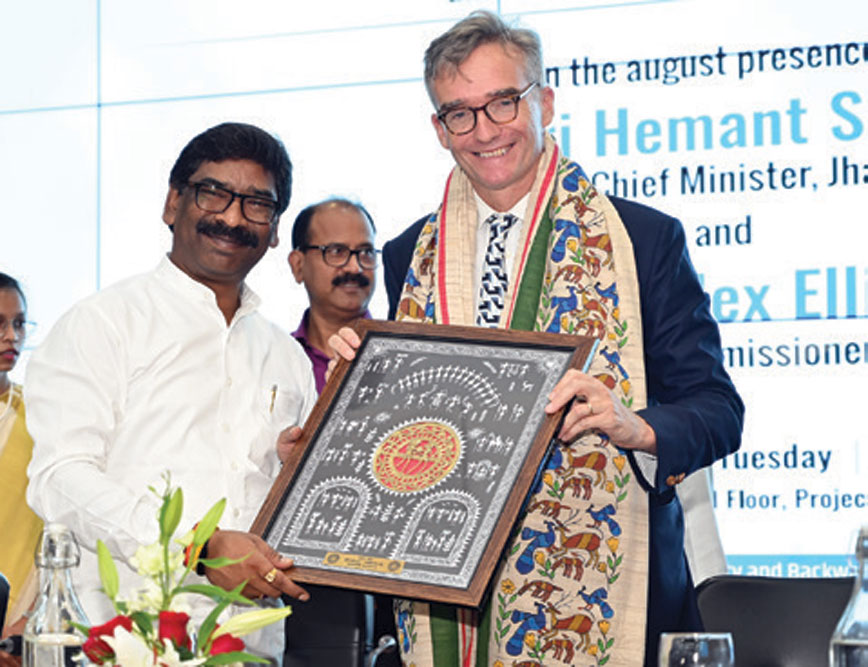 Giving encouragement to the educational pursuits of the state’s youth, the scope of the MGJSM Overseas Scholarship has been expanded to scholars coming from Scheduled Castes, Minorities and Other Backward Classes along with the initial inclusion of scholars belonging to Scheduled Tribes. Taking UKIndia relations further with a knowledge partnership by the name of Chevening Marang Gomke Jaipal Singh Munda Scholarship, a MoU has been signed between Government of Jharkhand and The Foreign, Commonwealth and Development Office (FCDO), British High Commission, New Delhi to facilitate higher education of the youth in eminent UK universities. 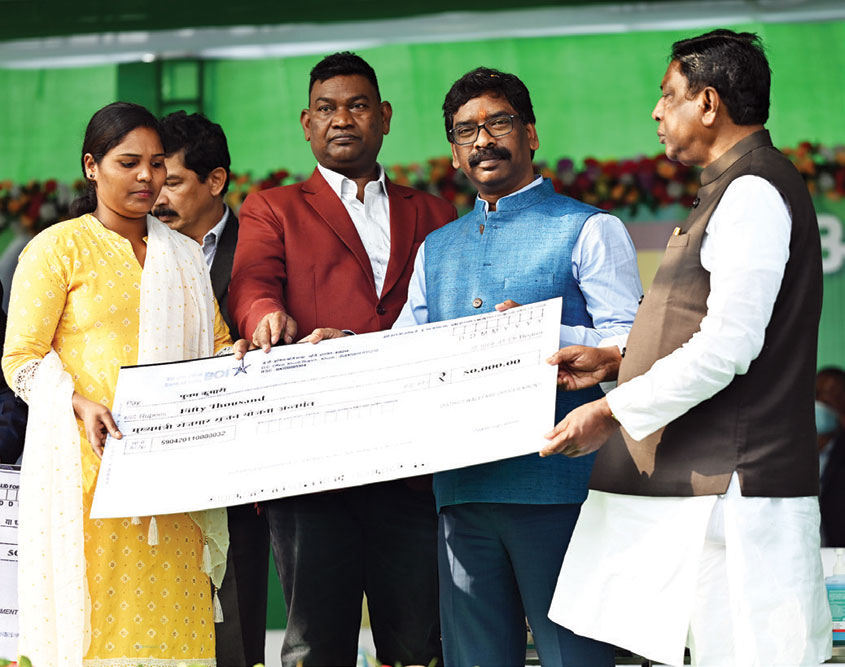 The Chief Minister Employment Generation Programme (CMEGP) is a measure initiated by the Chief Minister to provide empowerment through entrepreneurship to the youth. Loans up to 25 lakhs are being provided and the scheme has benefited 8,602 youths so far.