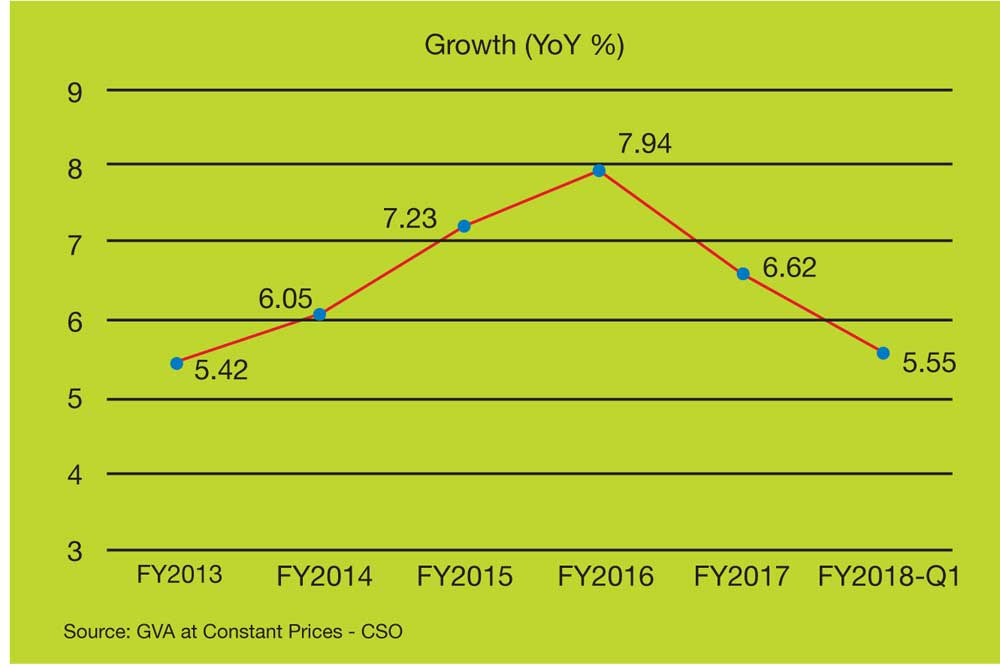 There is a lot of politics being played over the state of the economy with the ruling party and those out of power looking to score brownie points by using a complex subject that most Indians don’t understand too well. It is all about winning the perception battle in a nation of over one billion heading to the polls in a little over a year from now.

Facts, are a different thing. Is the economy slowing down? Yes. Is it all a result of demonetisation and GST? Perhaps, not entirely. Is there need to do something about it on an urgent basis? YES!!!

The Government’s focus in its remaining term should be on growing the economy and creating jobs. Anecdotal evidence is available across sectors of the stress and uncertainty among the business class. Demonetisation and the rushed roll-out of Goods & Services Tax (GST) has not helped. In fact, most businesses are still grappling with GST and learning to come to terms with the new regime, that requires micro-level data to be shared with the government at various stages.

Recent reports of the Government looking to seek advance tax estimates from businesses for the next 6 months to track and raise questions, in case there is a shortfall isn’t helping matters. True, a strong administration and plugging of loopholes to prevent tax avoidance is a good thing. And the efforts in this direction have yielded results with direct tax collections—corporate and personal—in April-July 2017 growing 19.5%. This is a result, it seems, more of better compliance than growth, as the economy hasn’t kept pace.

Official data reveals a clear and sharp decline in economic growth (See: Slip Sliding Away). The economy which grew at near 8% in 2015-16 fiscal year grew just 5.6% in the April-June quarter of 2017, a steep deceleration. Research Analysts tracking the economy see the front-loading of expenditure in the year as a risk factor that might lead to a further slowing in the latter part of the fiscal. That the current account deficit hit a 4-year high of 2.4% in the first quarter lends some credence to this argument.

Analysts have lowered their earnings estimates for corporate growth in the year and the weak advance tax growth of just 2% for top Mumbai companies in the September quarter supports their contention. Weak private capital investment coupled with a stressed employment sector aren’t healthy indicators. And eventually, low job creation is bound to impact consumption growth, which has been keeping some sectors ticking along at a healthy pace.

While recent data on job creation is not readily available, the statistics for 2016 reveal a poor trend. In fact, with better use of technology, businesses are being able to reduce manpower strength without impeding operations. In fact, efficiency and productivity are on the rise. Some of the large employment sectors where jobs are noted to have shrunk are textiles, leather, metals, automobiles, gems & jewellery, transport, IT and handloom.

Given the fairly grim circumstances, it is the need of the hour for the government to consult with industry and trade to set things right. As only an improvement in sentiment and business confidence can revive private investment and job growth. And with the government finances already stretched, that is the best alternative.

It is time for the Government to launch another initiative, ‘Grow India’, to bring back the ache din.