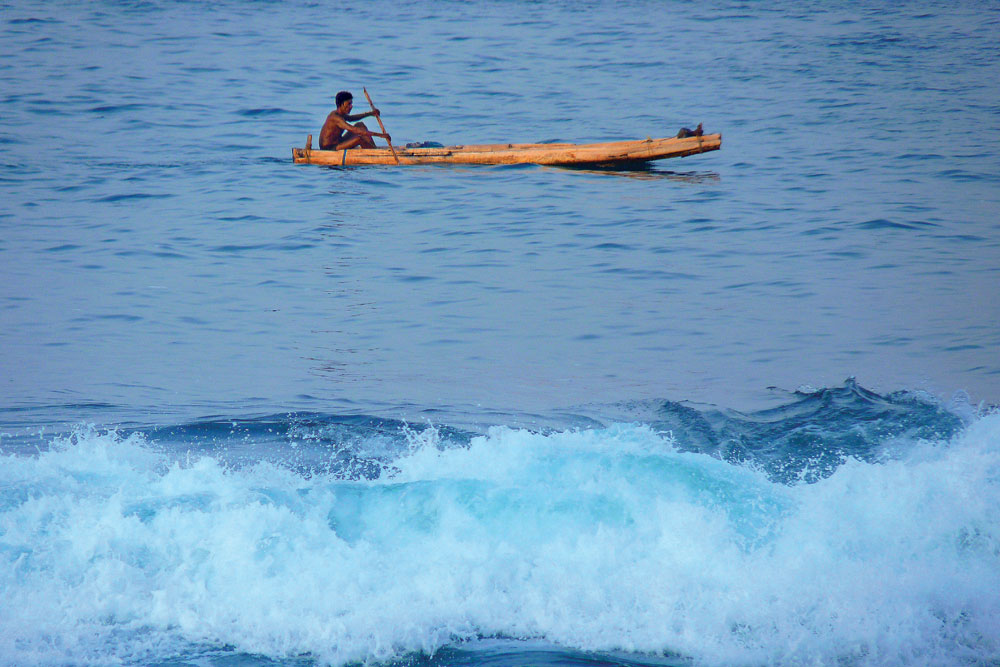 While we tend to turn to space as a new frontier with excitement, we must not forget that ocean exploration is still not complete on our Home Planet. We need to continue to explore our ocean not just to estimate its harness able resources but also to completely learn about its exact role in sustaining Life on Earth. What’s more – the ocean is changing – and to know its exact role, is to know how the Earth will change too in the future. In fact, even day-to-day changes affect the lives of those who live off the sea.

The study of the ocean i.e. oceanography, put its roots down in India at the culmination of the International Indian Ocean Expedition (1962-65) with the birth of the National Institute of Oceanography in Goa in 1966. While there still remains a lot to explore, since then, we have also progressed a long way in terms of ocean science and technology and the need of the hour s to translate this progress into benefits for the public at large – The Indian National Centre for Ocean Information Services, Hyderabad is mandated to do just that- and has successfully provided useful services since its establishment in February 1999. It started with the flagship Potential Fishing Zone Advisory Service, followed by other now well- recognized services including Ocean State Forecasts and the Tsunami Early Warnings (operational since October 2007).

The Potential Fishing Zone Advisories help the fishers to obtain a good catch with lower commitment of time & resources. It is generated with two types of information extracted from images recorded by satellites. This information includes temperature zoning that identifies lines of moderately warm/ cool areas where the fish aggregate. Additionally, the chlorophyll present in micro-algae or phytoplankton (which is the cornerstone of the marine food chain), is also used to identify potential zones as they represent the areas of high food availability. Together, this AVENUESinformation is used to construct special maps and tables to guide the fishers to the zones with good catch.

The service has been tested by third- party studies and it is demonstrated that while the overall catch may be similar, while using the advisories, fishers save on enormous amounts of diesel and time which directly translates to increased profits. A study by the National Council for Applied Economic Research, New Delhi (NCAER) estimated that the benefit due to the usage of INCOIS PFZ advisories is Rs. 34,000 to 50,000 crores. The study also projected that the benefit due to this service can be as high as 2.04% of the Indian GDP. While the service is remarkably successful, now close to reaching up to 7 lakh direct subscribers and additional non- direct subscribers, INCOIS has, on request from fisherfolk, further boosted this service to include advisories about specific species. One such species is Yellow Fin Tuna. Being a predator, this species prefers clear water to sight its prey. Clear water is also easily identified from satellite images and this additional information is used to identify Potential Tuna Fishing Zones. INCOIS is now working to target other commercial species.

Ocean State Forecasts (OSF) from INCOIS provide a suite of products and tools useful to fishermen, Navy, Coast Guard, shipping industry, oil and gas industry, ports & harbours, tourism departments, coastal residents etc. as all of them would like to know, in advance, how the sea would behave when they conduct their activities there. The service boosts the safety of users who have access to this information 5-7 days in advance, letting them know which areas of ocean are unsafe in terms of how high the waves will be, how strong the currents would be, etc. Such information is customised for various types of users, highlighting the most important details specific to each group.

During periods of incoming cyclones, INCOIS works jointly with the India Meteorological Department to provide alerts and warnings about oceanic conditions including the information on the coastal areas that might get inundated due to the storm surge and high waves.

Other services like the Search and Rescue Aid Tool (SARAT) and the Online Oil Spill Advisory, specially developed for the use of Indian Coast Guard and other maritime enforcement agencies, help in locating missing objects at sea and tracking oil spills.

The Ocean State Forecast services and products are generated using mathematical/numerical models and the forecasts are constantly checked against actual observations from instruments that are deployed along the Indian coastline as well as over the open ocean. NCAER has estimated that overall economic benefits due to the OSF service (i.e. cumulative benefits realised by Indian Navy, India Coast Guard, value addition of oil and gas exploration) exceed Rs 3.7 trillion. The Tsunami Warning Service has received world-wide recognition through the Inter-governmental Oceanographic Commission of UNESCO. In October, 2012, IOC/UNESCO designated the Indian Tsunami Early Warning Centre as a Regional Tsunami Warning Service provider for all 25 countries on the Indian Ocean Rim. The tsunami early warning system consists of a network of seismic stations to detect earthquakes, a network of tsunami buoys and sea level gauges to detect tsunami waves and capable numerical models that can accurately estimate tsunami wave generation and propagation. This system is efficient in detecting earthquakes anywhere in the world oceans in less than 10 minutes and providing tsunami early warnings in less than 20 minutes of the occurrence of an earthquake.

The system has received accolades for its no-failure record and for its performance during minor/major earthquake events in the Indian Ocean during the past years.

Both Ocean State Forecasts and Tsunami warnings are accessible through same modes of communication as the Potential Fishing Zone advisories. In fact, Electronic Display Boards (EDB) installed by INCOIS all along the coast are capable of being activated to sound a 3 km-wide siren as part of Tsunami warnings.

For observing the ocean, INCOIS not only utlilizes conventional platforms such as buoys and ship-board observations, but also autonomous robotic platforms like Argo floats, Lagrangian floats and gliders. Argo floats penetrate the deep water of the ocean around 2 km and provide information on the changing structure of temperature, salinity, oxygen content, etc. and transmit this data to INCOIS via satellites at pre-determined time intervals, usually every 10th day. There are more than 4000 such floats in the global ocean and INCOIS has deployed around 459 floats so far in the Indian Ocean. INCOIS serves as the Regional and National Argo data centre. In fact, INCOIS is recognized by the International Ocean Data Exchange as Responsible National Ocean Data Centre. INCOIS acquires ocean information from satellites, observational instruments, platforms etc. and processes that data to prepare useful data products for scientific studies and other purposes.

In its 20 years of service, INCOIS has developed expertise and a special niche in Operational Oceanography and the International Training Centre for Operational Oceanography (ITCOocean) established on its campus has received notable recognition from the global community. In November 2017, the General Conference of UNESCO decided to establish ITCOocean as a Category -2 Centre of UNESCO. ITCOocean organizes national and international-level short-term training courses every year aiming to strengthen the expertise in the field in India as well as in other countries, especially in the Indian Ocean Rim countries, Small Island States and Africa.

INCOIS coordinates and participates in several international collaborative programmes. It serves as a node to coordinate the ongoing second International Indian Ocean Expedition, a collaborative effort of 28 countries coordinated by IOC/UNESCO, Scientific Committee for Ocean Research (SCOR) of International Council of Scientific Unions (ICSU) and Indian Ocean Global Ocean Observing System (IOGOOS). With its growing prominence and expertise, the institute also has its own vibrant Ph.D. programme.

The Ministry of Earth Sciences (MoES) was formed in 2006 by bringing all the agencies of meteorological and ocean development activities under one umbrella, recognizing the importance of strong coupling among various components of the Earth, viz. atmosphere, ocean, cryosphere and geosphere. MoES is mandated to provide the nation with the best possible services in forecasting the monsoons and other weather/climate parameters, ocean state, earthquakes, tsunamis and other phenomena related to earth systems, for the public safety and socio-economic benefits. The Ministry also deals with science and technology for exploration and exploitation of ocean resources (living and non-living) in a sustainable way, and play a nodal role for Antarctic/Arctic/Himalayas and Southern Ocean research.

MoES deals with four branches of Earth System Sciences, viz. (i) Ocean Science and Technology, (ii) Atmospheric and Climate Science, (iii) Geosciences and Seismology and (iv) Polar Science and Cryosphere. MoES holistically addresses all the aspects relating the Earth System Science for providing weather, climate, ocean, coastal state, hydrological and seismological services. The services provided by the ministry are being effectively used by different agencies and state governments for saving human lives and minimizing damages due to natural disasters.

Following are missions through which the Ministry is providing services to the nation:

5. Polar Science
– Scientific exploration of the three poles and linkages to Climate.

The Ministry has the following organizations under its administrative control through which the services listed herewith are being rendered to the country: