...offers quite a few worthwhile upgrades over the original RX100 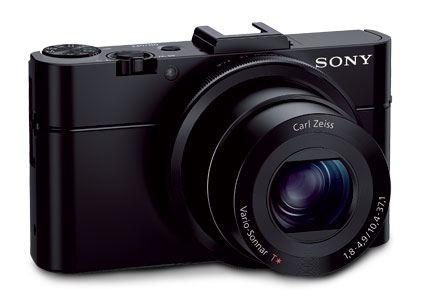 …offers quite a few worthwhile upgrades over the original RX100


Point-and-shoot cameras are a dying category, but last year Sony launched the RX100 and changed all that; I even went ahead and called it the best point-and-shoot camera that one could buy. So, when Sony announced the RX100 II, the second avatar of the RX100, I spent a couple of weeks using it to figure out why it was priced higher even though its specifications looked pretty similar to the RX100’s.

Both the RX100 and RX100 II have a 20.2 megapixel sensor. Though Sony does say they have improved the sensor, you do not see a jump in the sensor size or its capture capacity. Both cameras come with the Carl Zeiss 3.6x optical zoom lens with a minimum aperture of f/1.8, but here is what has changed: the version II has a tilt LCD screen, so if you have faced those awkward moments where you wanted to put the camera high up on a tripod, or put it on the ground to get that great shot, you can now do all that so easily. Sony has also got Wi-Fi and NFC on board, and there is a new multi-interface hot shoe for connecting an electronic viewfinder, a flash or even a stereo microphone.

Both the RX100 and RX100 II are great for low light shooting, and Sony has improved this capability quite a bit in the latter. The pictures are sharp and clear in both low light and bright light situations. The Wi-Fi on board allows you to connect the camera wirelessly to your smartphone and share images.

The phone still manages to be right up there when it comes to pointand- shoot cameras. It can shoot full high-definition videos, but you can’t change the settings while shooting them. The tilt screen has also added a slight bulk to the camera. Overall, it is a great camera and gives you some amazing results, but with the Sony RX 100 still available for Rs 34,990, the few changes in the RX100 II do not justify the price difference.