An improved avatar of the E-M5, but not a big leap forward 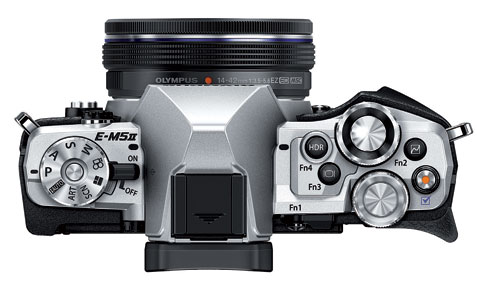 Chances are you may confuse the Olympus OM-D E-M5 II with its predecessor, the E-M5. Like its previous version, this new avatar features a 16 megapixel sensor and it looks very much the same, but its additional features and refinement of old ones make it a competitive machine in a crowded DSLR market.

The E-M5 II retains the series’ original retro looks, but with changes in its layout to assure freshness of design. On the inside, it features the same 16 megapixel Four Thirds CMOS sensor, but now offers improved 5-axis image stabilisation for both stills and movie shooting. The new version can now shoot at 10 frames per second continuously and at 5 frames per second with auto focus. The image quality is very good, with an impressive dynamic range and colour reproduction.

The camera’s brand new 40 MP multi-exposure mode uses its innovative 5-axis image stabilisation and processing power to shoot an image by moving the sensor to eight fractionally different positions and creating a high-resolution composite image from these exposures. The resulting 40 MP resolution picture is sharp and can be printed out large.

The E-M5 II also comes with built- in Wi-Fi that not only lets you transfer files to your smartphone but also lets you control it remotely. With a clip-on flash that can be rotated, extensive and customisable external controls, and a super fast autofocus, this DSLR is a great device to shoot with. The E-M5 II can shoot videos at 1,080/60p or 1,080/30p.

Disappointingly, the E-M5 II’s battery is rated at 310 shots per charge, down from 360 shots for the original camera. At one time I was a big fan of Olympus as it made one of the best micro four-thirds cameras, but now it just seems to be playing catch-up with others.

The E-M5 II is a certainly a great device to shoot with, but with so many competitive options available in the market, you’ll have to be a big Olympus fan to buy this one.